SpaceX Announces First All-Civilian Space Flight, And You Can Enter For A Chance For A Seat 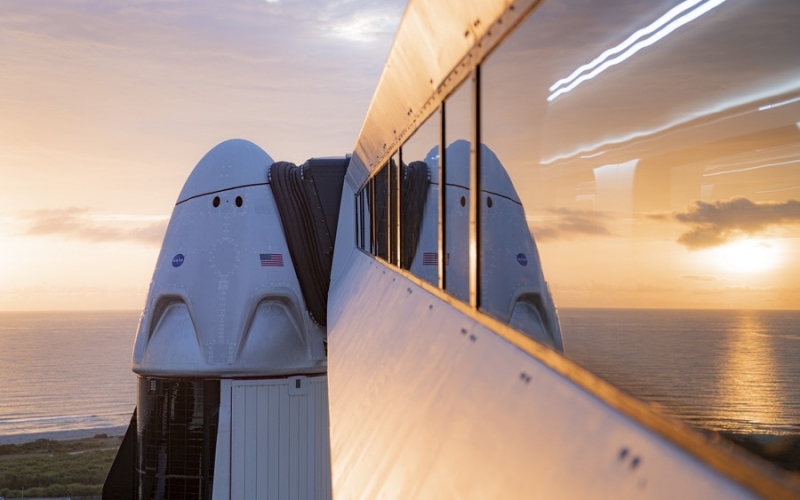 SpaceX has announced plans to send a four-man all-civilian crew into space by the end of the year as part of a charity effort. The mission is being funded entirely by billionaire Jared Isaacman, the founder and chief executive officer of Shift4 Payments, and was set up to raise upwards of $200 millions to assist with expansion plans of the St. Jude Children’s Research Hospital.

The mission dubbed “Inspiration4” will allow for four passengers (counting Isaacman as one) to fill the mission pillars of “Leadership, Hope, Generosity and Prosperity”. He said that “Inspiration4 is the realization of a lifelong dream and a step towards a future in which anyone can venture out and explore the stars. I appreciate the tremendous responsibility that comes with commanding this mission and I want to use this historic moment to inspire humanity while helping to tackle childhood cancer here on Earth.”

All four crew members will go through a rigorous commercial astronaut training program by SpaceX on the Falcon 9 launch vehicle and Dragon spacecraft. Specific focus will be put on areas like orbital mechanics, operating in microgravity, zero gravity, and other forms of stress testing. They will receive emergency preparedness training, spacesuit and spacecraft ingress and egress exercises, as well as partial- and full-mission simulations.

Once prepared, the soon-to-be space travelers will blast off from Launch Complex 39A at NASA’s Kennedy Space Center in Florida, and will spend time in low orbit in the Dragon capsule for a few days, taking in the sights below as they orbit around earth once very 90 minutes. Once the mission is completed, they will re-enter earth’s atmosphere and make a soft water landing off the coast of Florida.

Elon Musk said that “this is an important milestone towards enabling access to space for everyone”, adding that is is part of the SpaceX’s strategy to “bring the cost down over time and make space accessible to all.”

Shift4’s founder has committed an additional $100 million towards St. Jude, and has said that one seat has already been assigned to a passenger representing the pillar of Hope, and who has direct ties to the mission. This leave two open seats still to be filled.

Anyone can enter to for a chance at winning the seat for “generosity” by simply donating as little as $10 towards the research hospital, even though bigger donations are encouraged. Those donating over $50 will receive an Inspiration4 mission patch, and higher tier donators could receive tokens such as t-shirts, hats, autographed posters, an Inspiration4 SpaceX Falcon 9 model set. If you’re feeling generous, a $50,000 donation would guarantee you a ride in a MiG-29 fighter jet, while a $100,000 donator would get you a ride in the MiG along 2 VIP tickets to Inspiration4 launch.

The final seat is reserved for a person representing “prosperity” will be awarded to a deserving entrepreneur utilizing Isaacman’s Shift4Shop eCommerce platform. Entries should be made via the Inspiration4 website.

The contest is open to anyone legal resident of the United States, and winners should fit a few physical requirements such as being 6 foot 6 inches or short, and weighing 250 pounds or less, and yes, COVID-19 travel tests also apply. The contest ends of February 28, 2021. Winners will be announced shortly after.