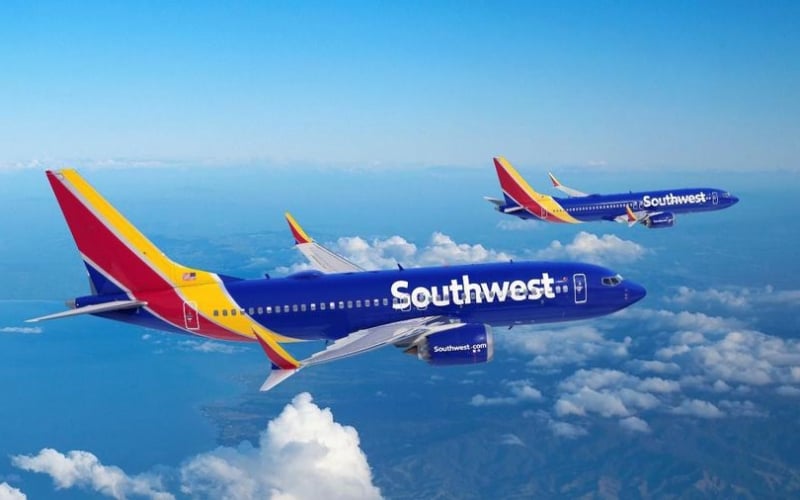 Based on improving revenue trends and ongoing fleet modernization plans, the Company recently entered into a Supplemental Agreement with The Boeing Company (Boeing) to increase its 2022 firm orders by 34 Boeing 737 MAX 7 (MAX 7) aircraft (consisting of two 2022 options exercised and 32 options accelerated and exercised from later years), resulting in 234 firm orders for MAX 7 aircraft. Additionally, the Company accelerated 32 options into 2023, 16 options into 2024, 16 options into 2025, and added 32 new options into 2026 through 2027, bringing the total firm and option order book to 660 aircraft. The Company continues to estimate its 2021 total capital expenditures to be approximately $500 million, with minimal aircraft capital spending, and now expects its contractual aircraft capital spending to be approximately $1.5 billion in 20225, compared with its previous guidance of approximately $700 million. Fleet and capacity plans will continue to evolve as the Company manages through this recovery period, and it will continue to evaluate its remaining 40 MAX options in 2022. The Company continues to plan to retire 30 to 35 of its Boeing 737-700 aircraft annually, on average, over the next 10 to 15 years; however, with its cost-effective order book, the Company retains significant flexibility to manage its fleet size, including opportunities to accelerate fleet modernization efforts if growth opportunities do not materialize.

As more vaccines roll out in the United States, record low numbers of new infections has significantly boosted confidence in the travel market. Travel throughput in the U.S. is already inching its way close to the 2 million mark, resulting in many airlines seeing increased revenue over the past few months.

While Southwest is no where near making profits just yet, they are confident the MAX 7 orders can fit in well with the increase in demand for traffic, along with the airline’s tightened cash management strategy which has seen them cut monthly cash burn by about $1 million per month.

Southwest says their travel figures still lag behind 2019 statistics by about 15 to 20%, but expect these margins to reduce over the next few months, especially during the July/August period thanks to those looking to take vacations.

They also speculate that business travel will take some time to recover as many companies are still practicing the work-from-home culture.