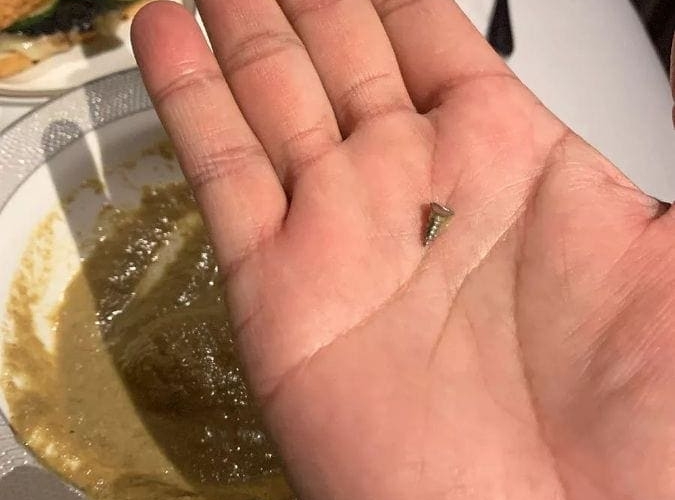 A Singapore Airlines passenger felt a bit “screwed” after he almost ingested an actual screw accidentally left in his first class meal.

WeChat user Will recently flew almost 9 1/2 hours from Singapore (SIN) to Auckland (AKL) with Singapore Airlines in their A380 First Class cabin. He documented his journey on the Chinese social network, detailing his experience at the lounge, during boarding, entertainment, amenities, meals and so on.

Things get a bit more serious scrolling down to the “Incident” section. While Will was enjoying his pumpkin mushroom soup, he came across a small screw in his soup and immediately showed the cabin crew members.

“I felt a sharp object in my mouth while I was sipping the pumpkin mushroom soup. I pulled out a metal screw that all the crew probably wet their pants seeing one when I showed them. A 200 SGD voucher was offered immediately as service recovery, but I was no longer having more appetite for the rest of my flight,” Will noted in his review.

To ease Will’s concerns, he was given a SGD 200 (about USD 144) voucher, but felt the airline should have been made aware about the incident. 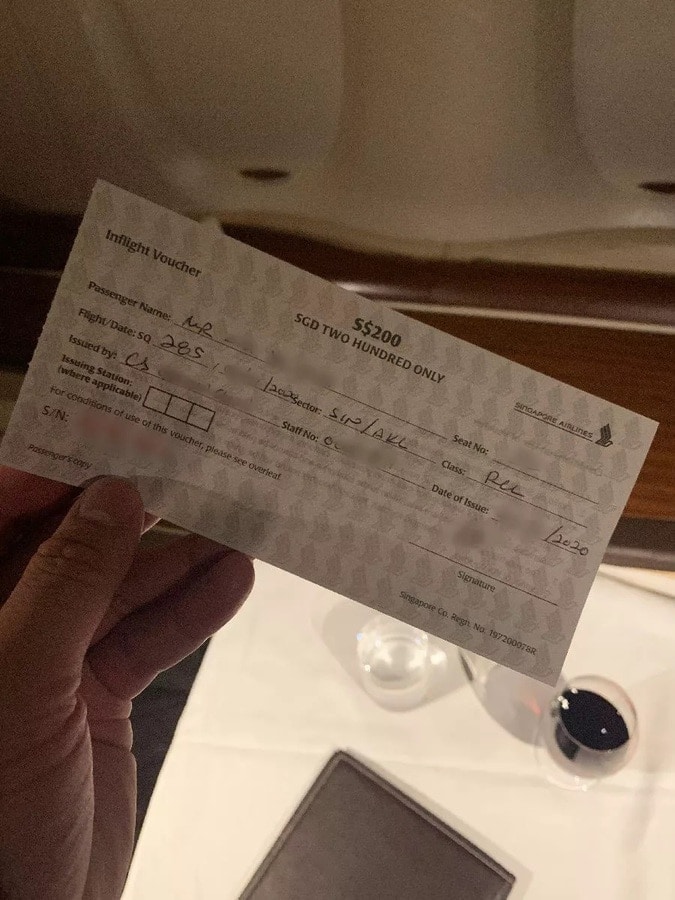 “Later I wrote a letter to SQ and after 12 days of investigation, they found the missing screw which came from one of its kitchen blenders and it was mixed into the soup bowl, passed the metal detector and being delivered onto the plane, being reheated in a microwave, and served to me. How lucky am I?! No further compensation was brought up so I guess that’s a wrap up for this incident. Hard to believe a 200 SGD voucher for a suite class passenger would justify the experience the pax had went through.”

Singapore Airlines responded to Will via letter, confirming that the missing screw originated from a blender belonging to SATS Catering at Singapore Changi Airport, which provides meals for Singapore Airlines.They also stated that the catering staff were made aware of the situation and reminded them to check kitchen equipment before and after use on a daily basis.

They also asked that SATS look into purchasing alternative blenders which did not contain exposed screws to avoid future incidents like the one above. They also said that meals will be passed through metal detectors to further pick up on any trace elements before they ever reach to the aircraft.

Even after closing the case, SQ decided no further compensation was necessary, leaving Will feeling a bit disappointed with the experience.

“Can you imagine what would happen if I ate the screw and got sent to the hospital? In this case, no matter how great your hardware on this A380 was and how wonderful these crew were, it’s a shame that such an incident happened within SQ’s watch and how they dealt with it. I could only hope there are no other passengers had to go through this in their life. Definitely a memorable flight?”

He did say that his would have rated the trip a 10 out of 10 had he not come across the screw.