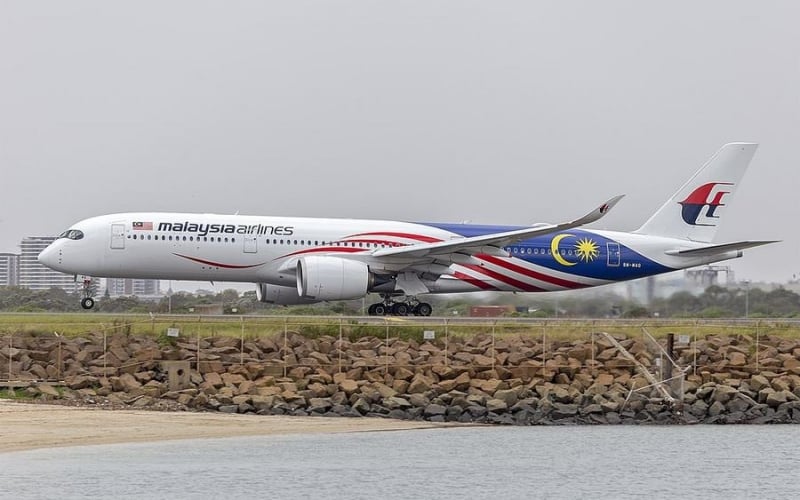 On June 16, 2019, Malaysia’s Defense Minister Mohamad Sabu was supposed to fly from Malaysia to London with Malaysia Airlines for a meeting with Prime Minister Tun Dr Mahathir Mohamad. Flight MH2 was supposed to depart from Kuala Lumpur (KUL) around 11:30 p.m. on June 15 and arrive at London Heathrow (LHR) at 5:55 a.m. the next day.

Due to a technical issue, the aircraft did not depart until 2 1/2 hours after its scheduled time, resulting in them arriving in London at 8:26 a.m. instead. As a result of the delay, the Defense Minister was unable to meet with the Prime Minister. The airline issued a public apology, saying, “the airline was aware of the Minister’s meeting and spared no expense to ensure that the aircraft was safe to fly as safety is of the utmost importance at all times for the airline.”

Malaysia Airlines also said that it arranged for the minister’s swift clearance upon arrival and alternative flights for his entourage.

On June 24, the Defense Minister issued a statement via social media, highlighting the delay and setting out a new expectation from the national carrier.

The letter roughly translates to the following:

On June 16, 2019, Defense Minister YB Mohamad Bin Sabu should have had an appointment to meet with Prime Minister Tun Dr Mahathir Mohamad in London, England.

However, due to the delay of the Malaysia Airlines flight MH002 to depart for about two hours 30 minutes from Kuala Lumpur on the night of 15 June 2019, the appointment which was due on the morning of 16 June 2019 failed to take place.

The Minister of Defense left for London solely to meet the Prime Minister on his way to an official visit to France.

This inconvenience is much regretted and it is hoped that Malaysia Airlines will not repeat this in future.

Many social media users were critical of the minister’s warning, with one retired Malaysia Airlines captain only known as “Captain Kamil” offering a rebuttal to counter the minister’s statement.

*lT’S A TOUGH CALL; BESIDES NOT NECESSARY.*

Anyway for the benefit of the travelling public in general and the people in Minister’s office in particular, here is something we need to know about the Commercial Airline operations.

The operations of the aircraft is strictly governed by the Civil Aviation Regulations.

Flying internationally, we have to comply to the respective country’s regulations.

For example, in Malaysia we have to follow Malaysian Civil Aviation Regulations; in United Kingdom, their Air Navigation Order; in United States, the Federal Air Regulations Part 121, and so on for other countries.

In essence, the ‘ingredients’ of the regulations, are the same. So, it is not difficult for the pilots to conform to them.

The Regulations clearly state that the Pilot In Command (PIC) , the *COMMANDER, IS RESPONSIBLE FOR AND IS THE FINAL AUTHORITY AS REGARDS TO THE OPERATIONS OF THE AIRCRAFT.*

There are 10 things the Commander must satisfy himself before the aircraft takes off.

One is that the aircraft is fit to fly, that is, it is AIRWORTHY.

An aircraft being a machine, is bound to encounter defects or system failure before or during the flight.

ALL defects must be reported, an entry to that effect being made in the aircraft technical log book.

ALL defects must be attended to:
– Repair being made or
– The failed part being replaced or
– In the event of inavailability of spare part or time constraint, the defect can be deferred, if permissible by the MINIMUM EQUIPMENT LIST.
If it involves an airworthiness item, for example engine, brakes and flight controls, then its NO GO.

Notwithstanding that, the Industry appreciates that there is a need for a balance in Commercial Interest VS Flight Safety.

As such, there is a provision in the Regulations, for the Commander, if in his opinion, after taking into consideration of all factors known that the safety of the flight would not be jeopardised, to ask for an *AUTHORITY TO PROCEED (ATP)*

This ATP can be given by the Company only upon consultation with the Aviation Authority.

ALL Commercial Airlines generally advocate *SAFETY BEFORE SCHEDULE.* As a matter of fact, that is Malaysia Airlines’ Corporate policy.

Whilst schedule is important, for flights to wherever and whenever possible depart and arrive on time, there are many factors whereupon the schedule cannot be adhered:
-WEATHER
-AIR TRAFFIC
-CONSEQUENT LATE ARRIVAL
-MISSING PASSENGERS
-AIRPORT CONGESTION
-WAITING FOR AIR TRAFFIC CLEARANCE
-MANY OTHER FACTORS,
-AND OF COURSE, TECHNICAL

The cause of the delays will be determined and deliberated so as to avoid such in future.
But for technical reason and weather, it would be difficult. They are beyond human control.

Notwithstanding the aforesaid, the Commander has the final say. He is given the liberty *TO EXERCISE HIS DISCRETION* accordingly when making whatever decision.
Nobody can force or pressure him to accept an aircraft with technical problem or continue an approach to landing if the weather is bad.

However, the DISCRETION MADE IS NOT ABSOLUTE. He can always if necessary, be called up to the office to explain the decision made.

To cite 2 examples why the letter from the Ministry was unwarranted:
1) Many years ago, the flight of the late Yang Di Pertuan Besar of Negri Sembilan who was then Yang Di Pertuan Agong, to Perth Australia, was delayed for 6 hours- because of impending bad weather at Perth for the time of arrival; the forecast wind for the landing was very strong- beyond the aircraft’s design capability. The Yang Di Pertuan Agong did not make any fuss about the delay, nor did we receive a letter of complain from Istana Negara.
( THE REGULATIONS STATE THAT THE FLIGHT SHALL NOT DEPART IF THE FORECAST WEATHER FOR THE DESTINATION AIRPORT AT THE TIME OF ARRIVAL IS BELOW MINIMA)

2) A few years later, the flight from Melbourne with the late HRH Sultan Selangor on board, encountered technical problem before departure. When the Commander went to tell him about it, HRH took it very calmly. As a matter of fact, he smiled and said, ” Saya dah agak”.
He did not get upset with the Airline nor did we get a letter of complain from the Istana.

(YOURS TRULY WAS THE COMMANDER OF BOTH FLIGHTS)

From the foregoing, pilots of Commercial aircraft do not take unnecessary risk. One thing for sure, they will not take an aircraft which is unairworthy or with major technical defect into the air knowing that, should anything untowards happen, they will go down with it.

If a Commander does so and if he does not become a casualty, if any passenger is injured or killed, he can be charged for criminal negligence. And he can be jailed if found guilty. It has happened before and can happen in future.

In any case, it is better to be late then never. Pepatah Melayu pun ada “BIAR LAMBAT ASALKAN SELAMAT”

AIRLINE INDUSTRY IS A DIFFICULT AND SERIOUS BUSINESS. LESS INTERFERENCE (FROM POLITICIANS) THE BETTER.

In short, Captain Kamil highlights that safety should always be put at the forefront over timeliness, and that is is better to arrive late than to never arrive at all.