It’s not only Boeing in the dog house when it comes to delays. Airbus’ long range A321XLR has hit a regulatory snag, pushing back its launch to 2024.

According to a Reuters report, the European Union Aviation Safety Agency (EASA) has expressed concerns about the aircraft’s ability to contain fire during an underbelly landing. Given that the A321XLR will be carrying additional fuel tanks to squeeze out an additional 700nm of range over the A321LR variant, the EASA felt Airbus needs to add more protection to the underbelly fairing to prevent a possible rupture that could compromise the fuel tanks.

The aerospace manufacturer said that as a result of the findings, Airbus will be required to lengthen and reinforce the underbelly composite structures, which means that additional weight will be added to the overall frame. Besides having to figure out a re-design, they will also need to determine how best to tune its aircraft in order to meet the promised range prior to these changes. Even though the full scope of the project is still to be defined, Airbus expect it could take anywhere between 6 to 9 months to complete, pushing its release from late 2023 to early 2024.

“Initially planned for the end of 2023, the entry-into-service is now expected to take place in early 2024 in order to meet certification requirements,” it said. “The complete set of conditions in relation [to] the installation of the rear-centre tanks is still under definition, and, when ready, will be published for comments.”

About the Airbus A321XLR

First conceived in January 2018, a higher maximum takeoff weight (MTOW) variant of the A321LR was being developed to counter Boeing’s potential NMA product. Initially promising a range of 4,500nm, Airbus found a way to stretch fuel capacity in the fuselage tank area to bring it up to 4,700nm.

The aircraft which could fly from city pairings like New York-Rome, Miami-Buenos Aires or London-Delhi could open up more premium long haul routes where airlines may want to satisfy desires like shorter turnaround times and filling seats while not have to worry about overcapacity.

According to a 2020 log, about 450 of these XLRs were in the order books, with the list potentially growing by 50 per year. Some airlines see the aircraft as too niche of a product, but Airbus argues that it could still operate successfully in markets where airlines may want to interchange them with LR operated routes. 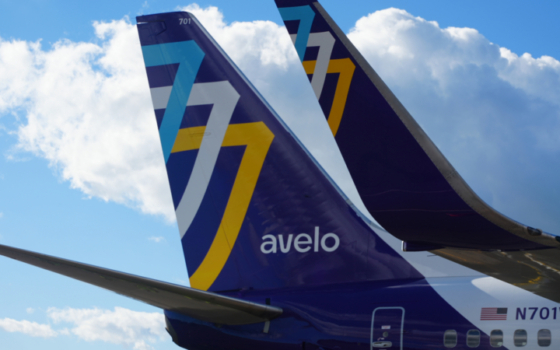 Avelo Airlines Launches Third Base Out Of Orlando