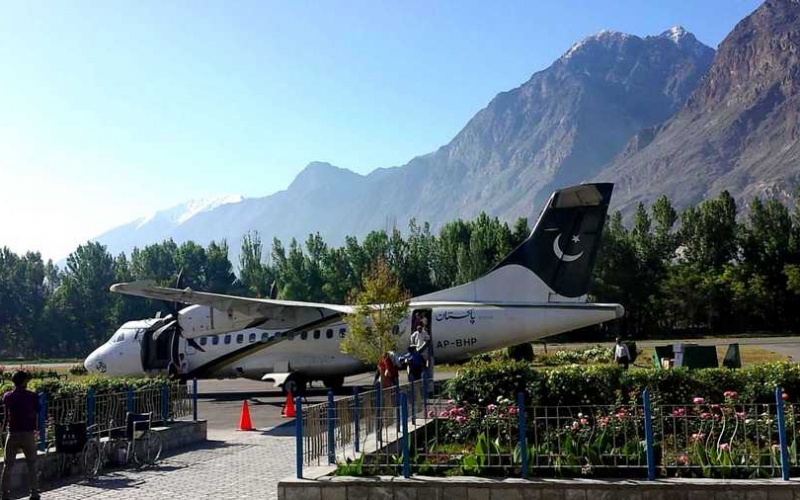 On February 23, 2020, a passenger on board a Pakistan International Airlines ATR 42-500 from Islamabad (ISB) to Sukkur (SKZ) accidentally opened the emergency door during landing.

The story initially came to light after human rights activist Fahmida Iqbal Khan tweeted about the incident. She was on board flight PK631, and said that the door fell off as soon as the aircraft touched down. Other passengers also gave a similar report, leading the media to believe that it may be have been a technical fault with the aircraft’s emergency door.

In her tweet, Iqbal Khan said, “Emergency door of PK631 got broken today, the moment it touched base Sukkur Airport.

“Had it happened few seconds before it landed, we would have become the past and our names would have written in one of those who lost their lives during plane crashes. Please stop flying ATR.”

As Iqbal Khan made a bold claim that ATRs were not safe aircraft, PIA responded to tweet saying that, “the handle was lifted accidentally by one of the passengers from the inside which caused it to open.”

The handle was lifted accidently by one of the passengers from the inside which caused it to open. However, we have launched an investigation into the incident.

Video of the incident was also captured by one of the passengers, showing how nonchalant the rest of the cabin and one of the crew members were with respect to the situation, which adds support to PIA’s response.

The aircraft registered as AP-BHM spent almost 3 hours in Sukkur before performing the return flight to Islamabad as PK632. PIA has stated that the matter is being investigated.

This is the second incident for the airline within a year involving passengers accidentally opening exit doors. On June 7, 2019, a passenger onboard flight PK702 from Manchester to Islamabad opened the rear left side door shortly after the doors were armed in preparation for departure. As a result, the emergency slide at the L5 door of the Boeing 777-300ER was deployed, forcing the flight to be delayed.

The Airlines That Shut Down Operations In 2021
More Stories