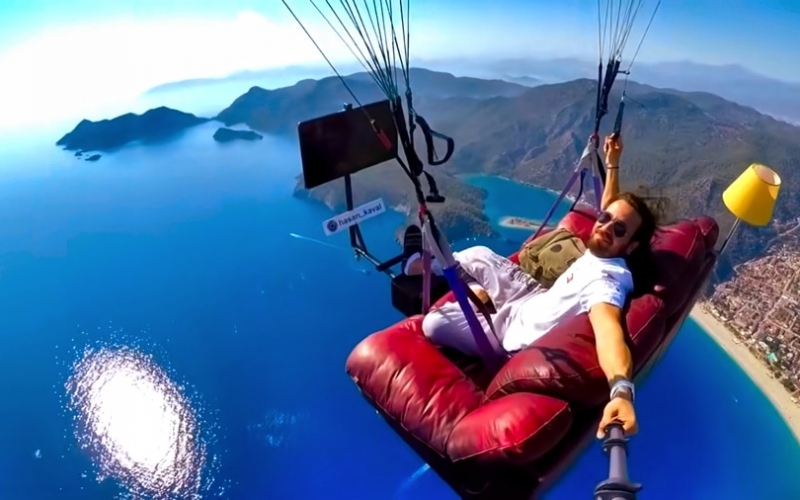 With the help from some friends, Turkish paragliding instructor and daredevil Hasan Kaval rigged together a custom living room set with a sofa, television set and a lamp, which he used to go paragliding with over the city of Oludeniz on the southwest coast of Turkey.

Kaval turned heads and gathered applause after his friends pushed him and his creation down a hill and into the air. In the video, he casually sits watching TV without being strapped in, and even got the chance to change into some comfy slippers. Later on he sipped on a Coke and had a few snacks, while changing the channel, all while slowly descending over the beautiful resort village.

In the end, he made a very controlled landing, bringing an end to his airborne couch surfing adventure.

Check out the full video below to see him in action, along with clips of the rig during construction.