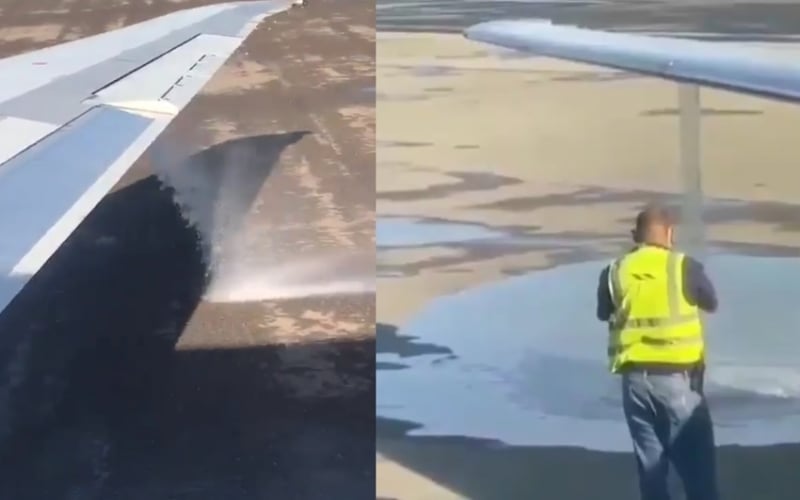 A Laser Airlines flight from Maiquetía, Venezuela to Cancun, Mexico was forced to return to the gate after passengers reported seeing fuel gushing out of the right wing fuel vent.

On March 18, the Laser Airlines McDonnell Douglas MD-83 (registered as YV3445) had left the gate and was taxiing to the runway at the Simón Bolívar International Airport (CCS) around 8 a.m., when passengers reported seeing fuel leaking from the edge of the right wing (when the fuel vents are located). They started shouting, telling the flight crew that there was an issue, pointing to the leak coming from the wing.

Venezuelan journalist Carla Angola, who was on board the flight, reported that the pilots informed passengers that fuel venting “obviously implies a mechanical and maintenance failure”. She went on the express more concern, saying that the situation could have been much worse as the ground crew could have been at risk if the fuel caught fire, or the flight could have ran out of fuel long before reaching its destination. She also noted that passengers were kept on the aircraft for some time at the gate while authorities tried to come to a conclusion as to the best course of action.

However aviation specialists familiar with the matter said that situation as not as serious as it was being made out to be, and was considered a “minor safety incident”. The report also goes on to state that airport fire officials attended to the spilt fuel.

Jet fuel in a stable liquid form is generally safe to work with, and has to be atomized in order for it to combust properly, hence the need for the fuel to be delivered to the engines via nozzles.

The Airworthiness Directive (AD) indicated that the automatic fuel transfer system failed, preventing fuel from being transferred from the auxiliary tank to the central tank, resulting in it being unintentionally jettisoned via the fuel vent in the wings. Maintenance work was carried out and the aircraft was back in service some hours later, successfully departing Maiquetía around 12 p.m. the same day.

Here are some videos from the incident.

Why are there fuel vents?

Aircraft have fuel vents to allow for the tanks to “breathe”. When fuel is being loaded and unloaded, there needs to be a gap to allow for air to pass through to help with proper displacement. Without the vents, the tanks could either rupture or buckle from positive or negative pressure. Fuel also expands as it gets warmer, and in some cases may even need room to overflow when the tanks are loaded to capacity (for very long flights) on very hot days. In some cases you might even see small amounts of fuel draining from the vent or spraying like a mist during takeoff like in this video.