JetBlue has lifted the veil on a new and special tail livery, dubbed “streamers”.

The carrier which normally operates within the United States, and parts of Central America and the Caribbean, will be adding a new region to its network in 2021. It’s no surprise that JetBlue will be flying to London late next year. First confirmed in April 2019, the airline is focusing on disrupting the transatlantic status quo, offering a premium product at lower prices, and plans to use fuel-efficient Airbus A321LRs to do so, with the first (seen below) expected for delivery in early 2021.

The “streamers” livery features multiple blue ribbon-styled waves, representative of both a celebration of its plans to enter the European market, as well as the waves of the ocean and jetstream as they cross the Atlantic to their new destination.

On paper, The A321LR’s extra fuel tanks extends its range to about 4,000 nautical miles, allowing JetBlue to tap into more European and South American markets. They have 13 orders booked for the LR, as well as another 13 for the A321XLR which has an extra 700 nautical miles of range which they will use to go further into the European continent.

While details are still scarce, they did confirm that their flights to London will originate out of both New York (JFK) and Boston (BOS). The airline also plans to introduce an updated Mint class product geared specially for passengers making the journey across the pond. 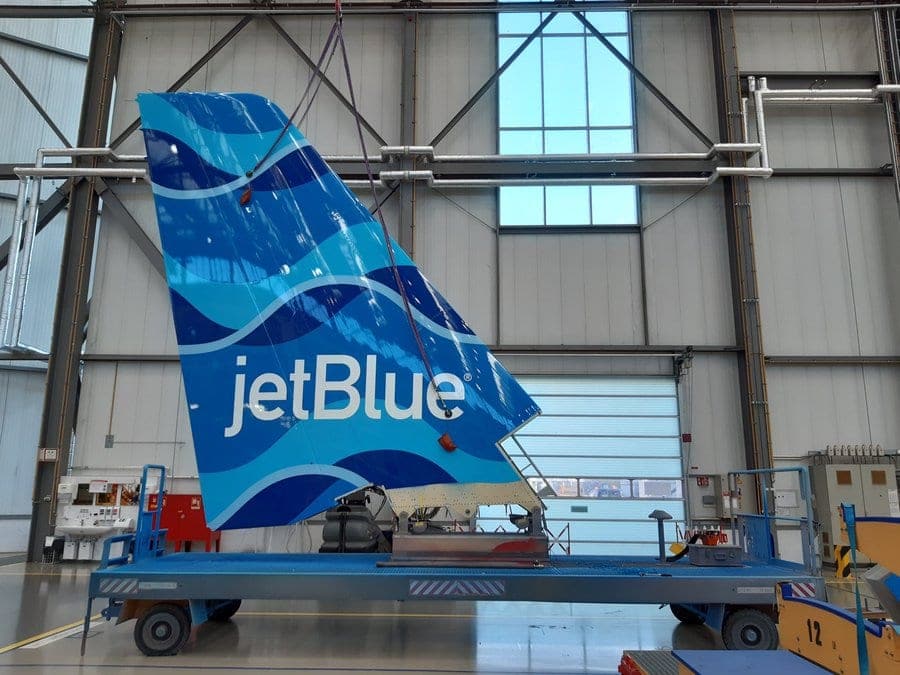