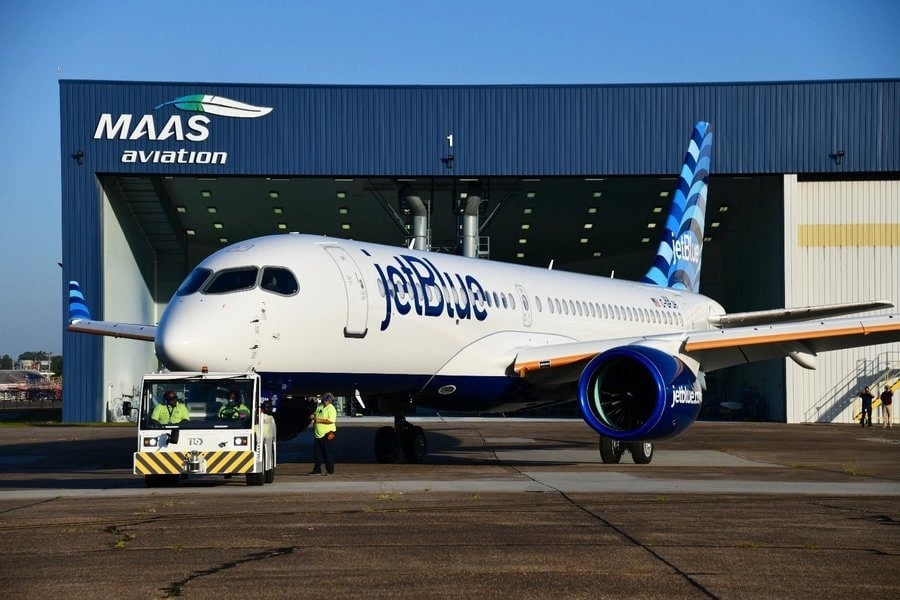 Here’s some thing you AVGeeks might like. JetBlue’s Corporate Communication manager has shared a few photos of the airline’s new Airbus A220-300 (or the CS300 for the Bombardier folks).

From initial impressions, the still “C” registered A220 sports a new tail fin design called “Hops” which stands for “connecting many short trips together as part of a larger journey”. In another tweet, the airline speaks about the versatility of the aircraft in a few simple words: “City hops. Island hops. Short hops. Our new A220s will make it easier to bounce from place to place.”

At first I thought the lip of the engine cowling was painted blue, but it turns out some of the surfaces still have protective film strips on them (same goes for the orange on the slats and blue covered APU exhaust). 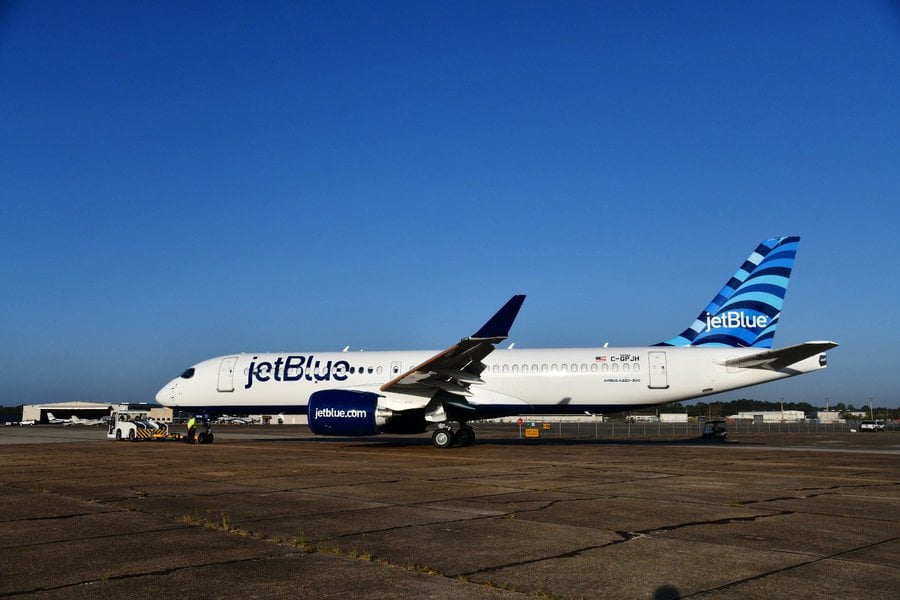 This Alabama-built A220 will be delivered to JetBlue in December and should enter service some time in 2021. For now it still bears a “C” registration, indicative of the aircraft program’s origins in Canada (and by extension Airbus). 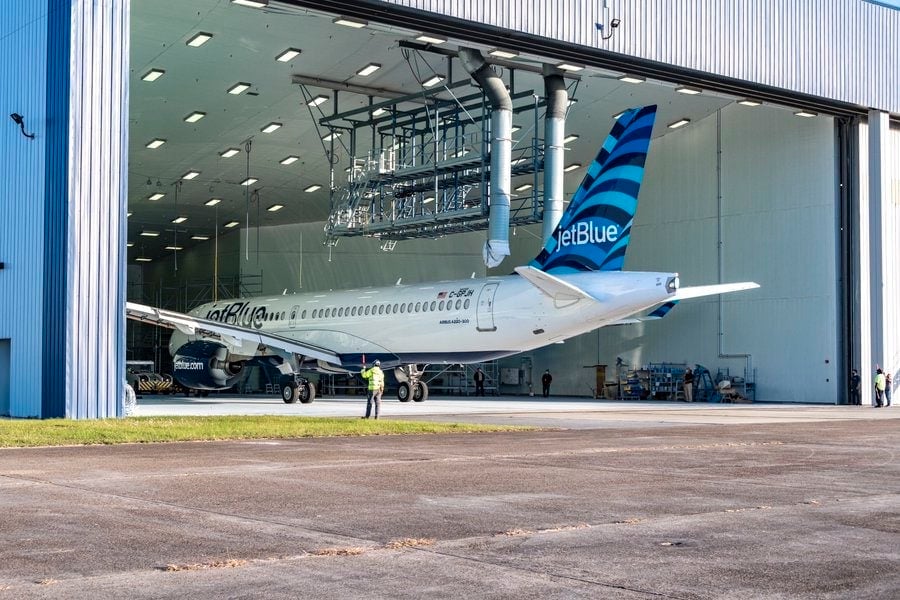 JetBlue will configure their A220s in a 2-3 arrangement with 25 Even More Space seats and 115 economy seats, using it to replace the current fleet of 60 Embraer 190s. 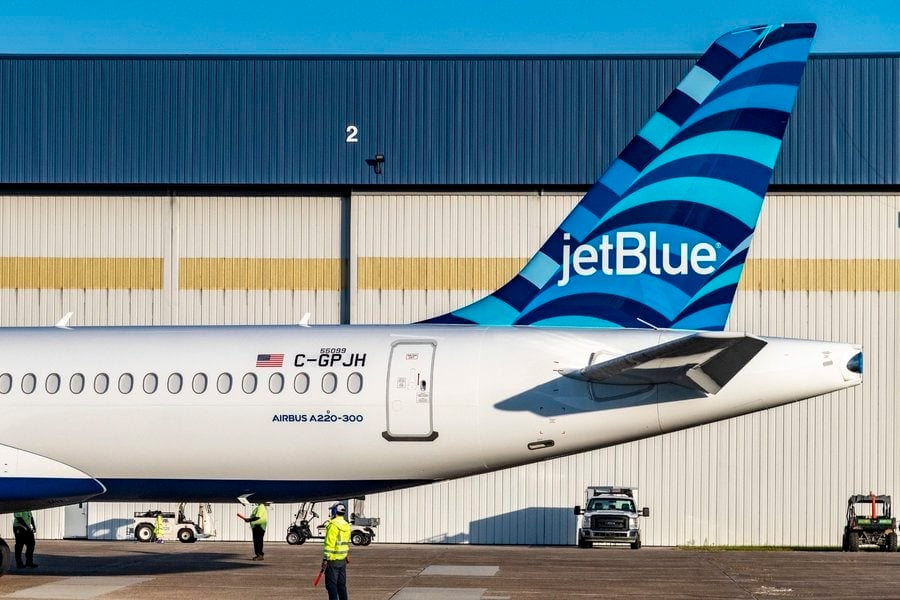 The A220s were originally carded to serve high frequency routes from the Boston and Washington Metropolitan areas, but with the pandemic crippling domestic traffic numbers, it may end up serving other holiday routes to the Caribbean, but that’s just a guess until official routes are published. The good news is that the A220 is very flexible when it comes to range, so it can handle both short and longer-haul routes within its network. 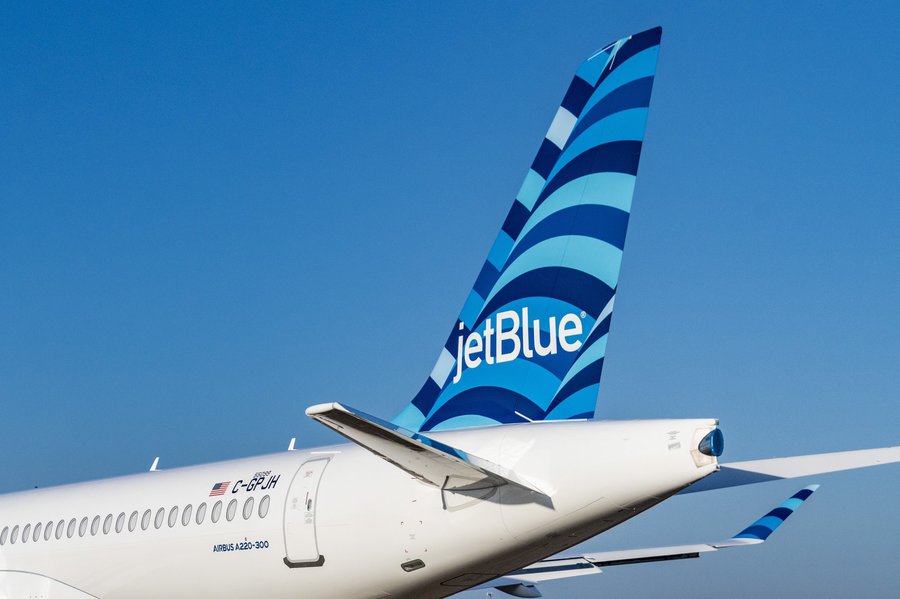 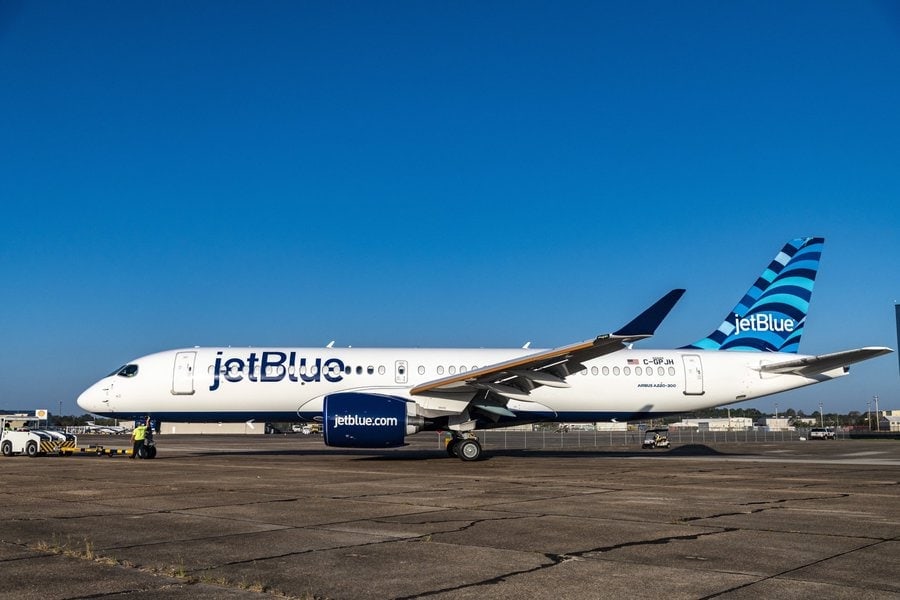