Here’s How To Watch The Boeing 777X Test Flight Today 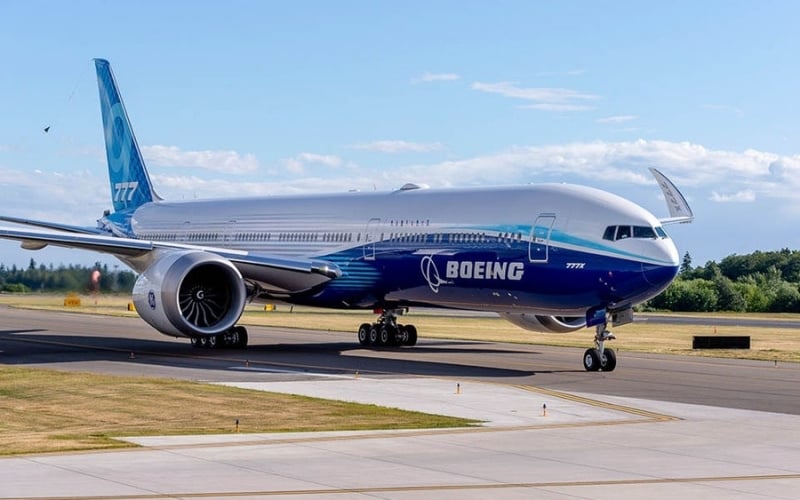 Update: Boeing has cancelled the test flight after an initial heavy downpour and accompanying unfavorable winds. The next attempt may be as early as Saturday 25 depending on weather conditions.

Update #777X First Flight: We’ll try again tomorrow starting at 10 a.m. Wind levels prevented us from flying today. We will continue to provide updates on our website and through social media.

Assuming good prevailing conditions, we should finally see the Boeing 777X take to the skies today.

The first flight was actually scheduled for January 23, but was postponed due to not so favorable weather conditions. Under normal circumstances, a bit of weather should not be of too much worry for any aircraft, but as this is the first run of the new 777-9, Boeing would want optimal operating conditions just to see if the behemoth flies. Assuming all goes well they would then conduct many more test flights under varying circumstances.

The event is set to start at 9:25 a.m. PST (12:25 p.m. EST) “subject to weather and other factors”. For those interested in watching, Boeing will have a live stream up shortly via their website accessible here.

The Boeing 777x is based on the current Triple 7 air frame design, but will feature improvements such as the use of composite wings, a 10% more efficient GE Aviation GE9X engine (as compared to the current GE90), and its most iconic change, folding wingtips.

The folding tips were added due the aircraft’s shear size, making airport navigation trickier. On the ground, the wingtips would be folded up in order to stay within the same width as current 777s. Once the aircraft is close to departing, the pilots would then extend the wingtips for flight.

The aircraft will come in 2 variants, the 777-8 and 777-9, with the latter being capable of holding well over 400 passengers, even though we suspect the numbers may be slightly lower with 2 and 3 class configurations.

Today’s event puts a lot of pressure on Boeing as the airline has gone through hell and back dealing with the 737 MAX fiasco, which is still no where near over. Also, the 777x suffered a bit of bad press as well after marginally failing a structural stress test back in September 2019. As the margins were just 1% short of the requirements, regulators did not require a retest and only mandated that Boeing include reinforcement to the portion of the frame that failed.

The GE9X engines also came under scrutiny after Boeing found that the stator vanes responsible for slowing airflow and increasing pressure in the engine’s second stage deteriorated much faster than expected from much higher than expected exhaust temperatures. Even though this was obviously a GE issue, Boeing’s image would have still taken the hit given the bad press Boeing has been receiving outside of the matter. The fix also pushed back the timeline as Boeing waited for the engines to be fixed.

As it stands, there are already 309 combined orders with Qatar holding 60 of those. Unfortunately with many delays in the testing stage, first deliveries may not take place until well into 2021. Both Emirates and Qatar have expressed their displeasure with the delays, saying that they have been forced to rethink their interim strategy. Qatar has also decided to hold on to some of their current gen 777s a bit longer as a buffer until the new aircraft joins their fleet.