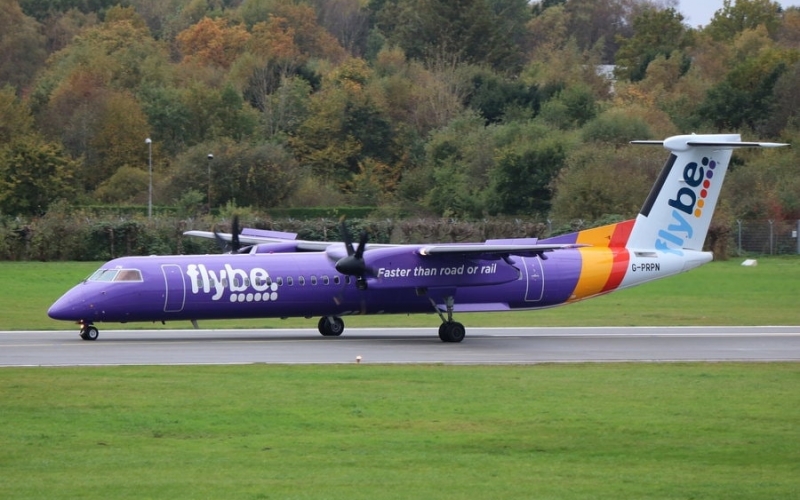 After years of financial struggles, British-based airline Flybe has finally gone bottom-up after failing to secure a much needed rescue package.

According to an official statement from the airline, the company ceased operations on February 5, 2020 and has entered administration, selecting partners from Ernst & Young (EY) to handle the process. They have advised passengers with tickets to not head to the airport unless they have other alternate travel arrangements with other airlines.

Flybe entered Administration on 5 March 2020 and Alan Hudson, Joanne Robinson, Lucy Winterborne and Simon Edel of EY have been appointed as Joint Administrators.

All flights have been grounded and the UK business has ceased trading with immediate effect.

If you are due to fly with Flybe, please DO NOT TRAVEL TO THE AIRPORT unless you have arranged an alternative flight with another airline. Please note that Flybe is unfortunately not able to arrange alternative flights for passengers.

If you have a booking sold by another airline that includes travel on a Flybe flight, please contact the relevant airline or travel agent to confirm if there is any impact to your travel plans.

Employees and creditors have been asked to contact EY for further assistance.

Flybe’s officials put some of the blame on the recent industry effects from the Coronavirus, but in reality, Flybe has been bleeding money for quite some time now as the airline struggled to deal with the high operating costs associated with domestic and regional travel.

According to the UK Civil Aviation Authority, as alternative forms of transport are readily available, they will not arrange for repatriation flights, but have been working with other airlines and train operators to offer lower rates to stranded Flybe customers with valid tickets.

In 2019, Flybe was sold to British consortium Connect Airways, which is partly owned by Virgin Atlantic, Stobart Aviation and Cyrus Capital. The sale was completed for a (relatively) measly £2.2 million. The long term plan was to rebrand Flybe as “Virgin Connect” with promises of a £100 million injection to revitalize cash flows. However the group failed to secure the necessary funding, resulting in the airline’s future operations looking doubtful.

As a domestic and regional carrier, Flybe has always struggled with finances because of stiff competition from other main line and low cost carriers, and paid excessively higher taxes because of the number of domestic flights it operated versus other carriers which flew the majority of its routes outside of the UK.

As noted in the BBC article, over the course of its life, the airline purchased too many aircraft as it aggressively expanded its presence in the European market. This move backfired as there was simply too much capacity, and this also put a huge financial burden on the airline.