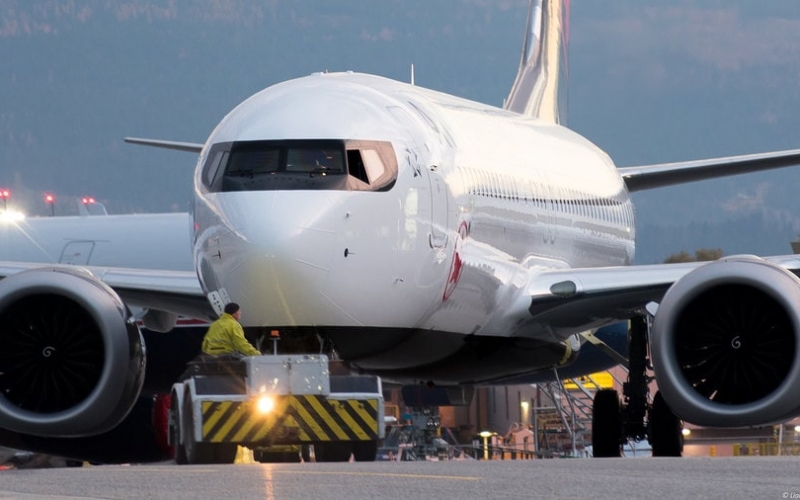 In early April, Boeing took the lead, requesting that some operators ground a sub-fleet of their MAX aircraft after it was discovered that there was insufficient grounding related to the backup power control unit, storage rack of the control unit and the instrument panel facing the pilots. They found that this issue could potentially lead to short circuiting and result in some cockpit systems failing during flight. This issue came just a few months after the 737 MAX took to the skies again in late December 2020.

The potential shorting problem only affects a sub-fleet as a result of an improperly vetted process change implemented in early 2019 as part of efforts to increase monthly output. The company switched from using rivets to fasteners to hold the backup power control unit in place, resulting in an improper “grounding path” being formed. Other sources point to primer being used on drilling holes.

The issue is completely independent of the troubled MCAS system and seems to be a very simple fix.

In early May, Boeing submitted service bulletins with propositions to address the issue, but the FAA took a more cautious path asking for additional information on the issue to ensure that the ground issue did not extend to other parts of the aircraft.

On Wednesday, the FAA announced that two submitted service bulletin were accepted and would be sent to the respective airlines. The issue is said to affect just a little over 100 737 MAX aircraft split across 16 carriers. Of those 100+, 71 were related to U.S. based jets.

In a Reuters interview, Boeing said that “after gaining final approvals from the FAA, [the company has] issued service bulletins for the affected fleet” and is “completing the work as [they] prepare to resume deliveries.”

It’s good news for airlines looking to ramp up capacity over the summer period, and according to Boeing’s CEO Dave Calhoun, the fix should take about 3 to 4 days to complete per aircraft. It also means that MAXs held up at Renton can finally be fixed and delivered to awaiting customers.