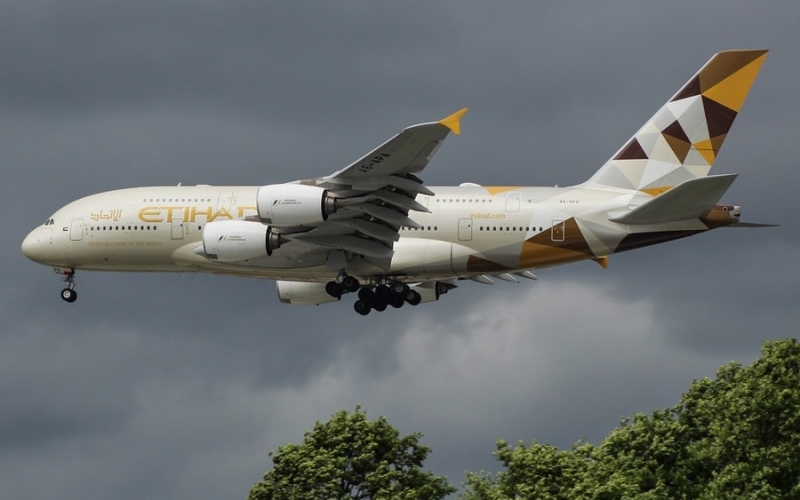 As Storm Dennis brought heavy showers and flooding to parts of the United Kingdom and surrounding regions, one aviation video captured the attention of many enthusiasts and media outlets.

The video shows an Etihad Airbus A380 performing a crosswind landing at London Heathrow (LHR) in winds gusting up to 80mph. With most other pilots deciding to execute a go-around, the Etihad crew managed to bring the aircraft down in one piece. Commentators seemed to have equally mixed reviews about the landing, with most negative reviews highlighting how much lateral strain may have been placed on the main gear.

From the video, their actions seem rather dramatic, mainly because of the camera lens’ depth of field exaggerating the pilot’s input as they tried to correct the aircraft’s deviation to maintain the runway’s center line.

It seems that Etihad’s pilot training department was not pleased by what they saw, as highlight in a leaked memo issued to what I suspect are the chief or senior training pilots at the airline.

“You may have seen a video this week of one of our A380s landing in a strong crosswind in London,” the memo from Etihad’s manager of flight crew training for its Boeing fleet starts off.

“Initially the landing was seen by some as a ‘masterful landing’

“This official view from the Training Department is a simple one – THIS IS NOT WHAT WE WANT TO SEE. There is a time to give an approach away in the interest of safety.

“If you see such a thing in the sim (aircraft simulator) that would be a grade 1 for both pilots… Please gentlemen, let’s teach our pilots to operate safely even that means changing the mission.”

As I don’t have my stripes, I am not here to give a qualified opinion on the landing, but I will still give the pilots some credit as another video that surfaced later shows the landing from the aircraft’s tail cam. Shortly before the aircraft landed, the pilots do appear to re-align the A380 with the runway’s center line just before the loud thud when the main gear wheels touched down. However there is a bit of drift after that, maybe from over correction or gusting winds, but as I was not piloting the aircraft, I would never really know.