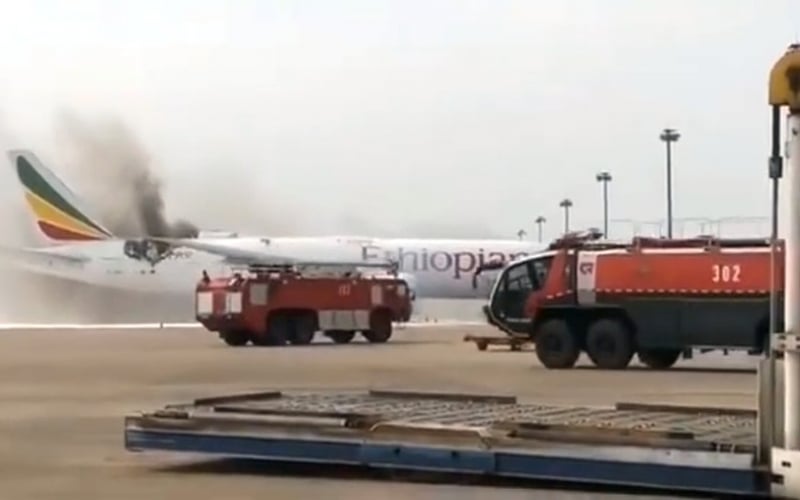 Flight ET3738 left Belgium (BRU) on July 21, and arrived at Shanghai Pudong (PVG) on July 22, making its way to the ramp at 11:53 a.m. local time without incident. Just 2 hours later at 3:57 p.m., witnesses reported seeing smoke emanating from the rear section of the aircraft’s, just above the rear cargo loading door.

According to Sina, 18 fire trucks from 5 stations were dispatched to the scene and managing to extinguish the flames at 5:01 p.m. The fire left a gaping hole in the top section of the fuselage behind the rear cargo door. From online photos, the mid section also showed signs of charring and smaller compromised areas.

The cause of the blaze has yet to be determined, and China’s Civil Aviation Authority has since launched an investigation into the matter. There have been no reports of injuries or fatalities either. Flights scheduled to arrive at the airport have since been diverted to Shanghai Hongqiao Airport.

The aircraft involved in the incident is a Boeing 777 Freighter registered ET-ARH, and is just a few months short of 6-years-old.