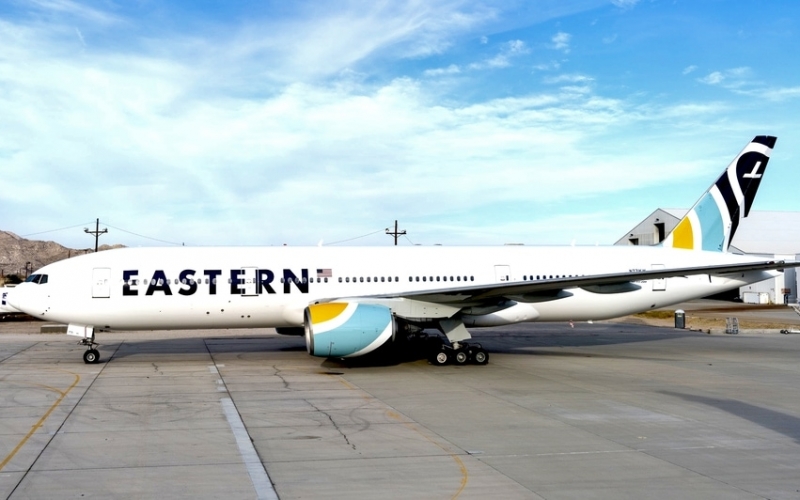 As many airlines look to cut costs by reducing their fleet and staffing size, Eastern Airlines is still pushing ahead even in the face of the fallout from the global pandemic.

Unfortunately, Eastern was not able to have a grand affair to launch its new branding, but they’ve at least done away with the iconic livery associated with the previous iterations.

While I personally love the classic Eastern blue look, maybe this re-design is one step in the puzzle to getting this airline properly on its feet and not being another failed venture.

This may not be the official unveiling we planned for our newly designed livery, but thanks to the amazing men and women working hard to help us bring stranded Americans home, we can share a sneak peak with you #goeasternair ? @lazc918 . . Design/branding by @mechanicausa @amalgam_co @playbook_studio

The airline has gone for a completely new “topographical” look, ditching almost everything familiar with the classic branding.

Our main “map” logo is not tied to any one geographic location, but represents the universal space we all share as global citizens among the places we fly. The colors of dark blue, light blue and golden yellow represent the sky, sea and sun and all come from historic Eastern Airlines colors but have been re-interpreted for today. We will also have supporting logos and designs unique to each market we will serve inspired by the local colors and geography of each individual market. The three main rivers of Guyana and the colors of its national flag for example, inspire our supporting logo for Georgetown. We will incorporate those local designs into our website, social media platforms, marketing materials and uniform accessories.

One staple item that remains is the stick figure bird (now seen on the tail) that was previously integrated into older generations of the Eastern text logo.

It also appears that the airline will paint its fleet in varying colors to highlight each of its designation, even though it seems they are just sticking with the light blue and yellow from the previous livery.

Eastern has been lucky so far as they have operated a number of repatriation flights between New York, Miami, Georgetown, Port-Au-Prince, and Buenos Aires, and still have more to complete well into August.

It’s unclear when the travel industry will pick up, as airlines are once again pulling back flights after a resurgence of cases in the United States, but Eastern hopes to trudge on with the goal of flying from New York and Miami to “underserved” cities like Los Cabos, Mexico, Georgetown, Guyana, Port-au-Prince, Haiti and Guayaquil, Ecaudor.