Eastern Airlines Wants To Add Argentina and Bolivia To Its Network 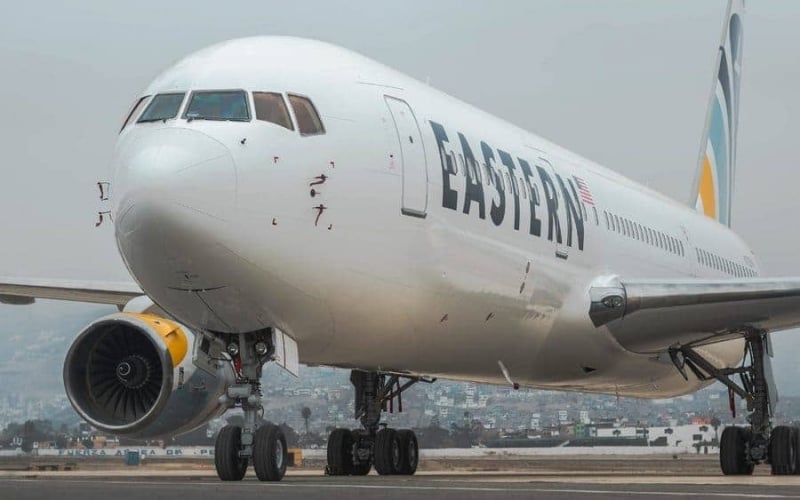 According to Routesonline, the airline has put in an application with the United States Department of Transportation (USDOT) for flights to Buenos Aires (EZE), Argentina and Santa Cruz de la Sierra (VVI), Bolivia. The two planned routes will be based out of their Miami hub for the winter season.

The proposed route details are as follows:

Even if the airline receives USDOT approval, they would still be subject to the terms of their targeted destinations. For instance, Argentina’s Buenos Aires border closures were extended until October 25, 2020 with the potential of further extensions as their COVID-19 infection rate continues to climb daily, with figures hitting close to 20,000 cases per day. On a positive note, even with over 1 million infections since their first case, at least 80% of those have since recovered.

Nonetheless, the increasing infection rate could prove troublesome should the trend continue into December, with many speculating that tourists may not be allowed to enter Buenos Aires until early 2021. However, Eastern might still have a good hand to work with as other airlines have pulled out entirely while LATAM Argentina ceased operations on June 17, 2020. As a result, Eastern’s only competition would be American Airlines and Aerolíneas Argentinas.

As for Bolivia, its only competition would be from local airline Boliviana de Aviacion. After almost 30 years of service from Miami to Bolivia, American Airlines decided to drop the route in November 2019 due to multiple issues including currency fluctuations and political unrest in the region. American flew up to 3x a week to the destination with a Boeing 757-200, but decided to part ways as their plans to use the MAX 8 were thwarted for obvious reasons.

Eastern’s re-launch came at a bad time as the airline’s planned expansion fell in line with the pandemic when it went into full swing. However, they were lucky to score a number of repatriation contracts, shuttling over 25,000 passengers between various destinations over the past few months. As it stands, the airline operates out of New York and Miami, with flights to: