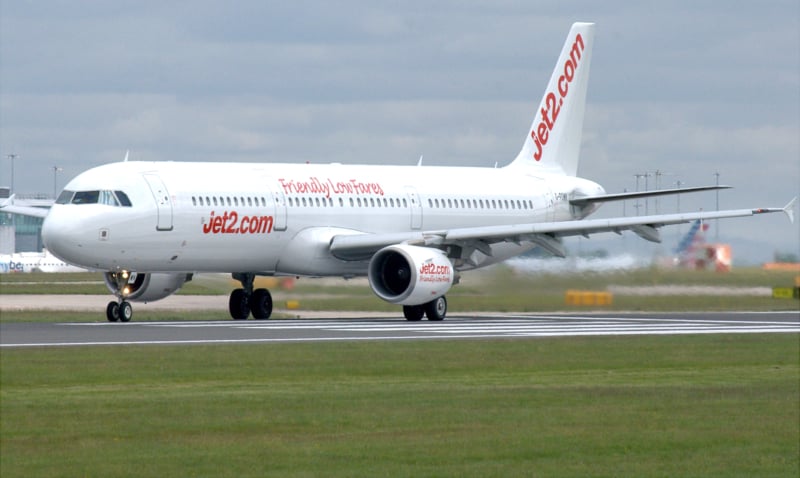 A Jet2 passenger has been handed a £5,000 (~$6,500) and a lifetime ban after displaying “physical aggression” towards crew members and passengers on board a flight to Turkey.

On March 21, Jet2 flight LS895 from Manchester (MAN), UK to Antalya (AYT), Turkey was forced to divert to Vienna (VIE), Austria after there were reports that one of the passengers on board assaulted other travelers and crew members. At first it was unclear what exactly happened, but a press release issued by the airline some days later clarified some of the details surrounding the diversion.

According to the release, the flight was diverted after passenger Catherine Bush of Bradford “displayed a catalogue of aggressive, abusive and dangerous behaviour onboard the aircraft, which included physical aggression towards other customers and [their] crew.”

“As a result of her actions, the crew were left with no choice but to divert the aircraft, which was flying from Manchester to Antalya, to Vienna so that Austrian police could offload Ms. Bush. This led to a short delay of approximately one hour and the flight continued safely to destination.”

“Ms. Bush displayed a continued pattern of appalling behaviour on the flight and she must now face up to the consequences of her actions. We have always made it abundantly clear that, as a family friendly airline, we take a zero-tolerance approach to such behaviour and that we will vigorously pursue any costs incurred as a result of such an incident. Although such incidents are very rare, it is unacceptable that our customers and crew should have to experience it. We would like to apologise to anyone who had to experience this behaviour and we would like to commend our highly-trained crew for their exceptional handling of this difficult situation.”

Bush was fined just over £5,000 (hardly the total cost to cover the diversion) and was also permanently banned from flying with Jet2 in the future. According to one of her friends, Bush was traveling to Turkey to have zirconium veneers fitted at a cost of about £3,000.

“She said that she had scraped together £3,000 from her savings for cosmetic surgery on her teeth. She was going to have them whitened.”

Other passengers on board said the incident was triggered by the sound of babies crying babies, as well as a number of “unwanted stares.” A video taken during the flight shows Bush being verbally abusive to one of the crew members as they try to usher her towards the front of the aircraft.

All in all a holiday to remember really 👏🏼 pic.twitter.com/T5y2G3uNa3