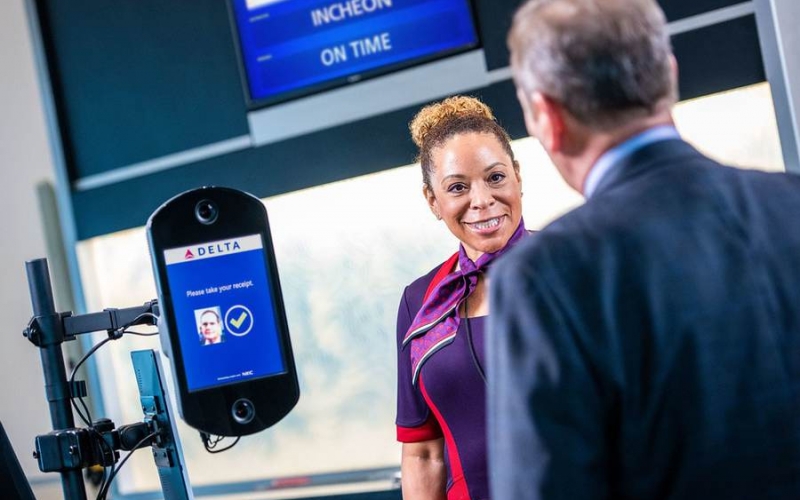 Delta Airlines, in partnership with the Customs and Border Protection (CBP), is expanding its facial recognition software to another airport. This time they are headed to Minneapolis-Saint Paul International Airport (MSP).

The airline will commence installation of the scanners at 16 gates, allowing customers on international flights to opt in to using facial recognition to board the aircraft instead of having to present their boarding passes and passports to gate agents. According to Delta, the process saves about two seconds per passenger, and that can translate to a boarding time savings of nine minutes for a flight with 270 passengers.

As gate agents will no longer be required to look down and compare faces, the recognition software has proven to be helpful even if it speeds to process up by just a few minutes. Passengers will still have the option to use traditional boarding passes if they are not comfortable with the idea of the facial recognition system.

The service is expected to be available by the beginning of July.

Delta says that based on customer feedback at Hartsfield-Jackson Atlanta International Airport, 72% preferred using the facial scanners over traditional boarding passes, and noted than only 2% of travelers opted not to use the new service.

“We are already seeing improvements in satisfaction scores from customers moving through the airport in Atlanta,” Gil West, Delta’s chief operating officer, said in a statement.

“The expansion of facial recognition at boarding enables more customers to take advantage of this seamless, time-saving process,” he said.

The facial recognition software is already being used at a dozen other airports across the United States, in partnership with airlines including Delta, American, JetBlue, and British Airways..