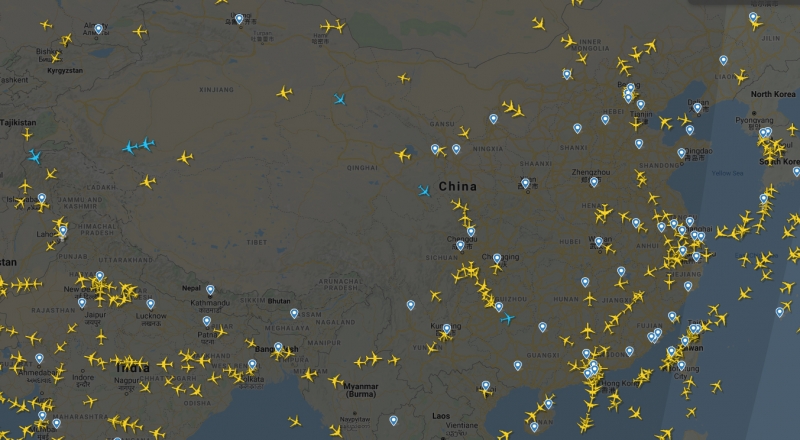 As China further clamps down on overseas data transmission, Central News Agency (via The Print) reports that the Beijing Municipal National Security Bureau has decided to ban Flightradar24, a real-time aircraft tracking service.

The decision to ban the tracking app comes after claims that data about Chinese military aircraft operations was being allegedly transmitted to foreign spy agencies. The report references an unnamed foreign company supplying ADS-B receivers to volunteers in China to collect flight data. This is according to a declassified report published by the country’s Ministry of State Security. The report does not say which organization is involved, but fingers are being pointed at Flightradar24, and it is unclear if the ban is specifically targeted at them or if they are just casting a wide net.

🇨🇳 CCTV reported on Oct 31 that an unnamed foreign company had been recruiting people in China to collect Chinese flight data with ADS-B receivers supplied by the company — Flightradar24.

The report goes on to talk about one aviation enthusiast being investigated after he volunteered to have tracking equipment sent to him from Flightradar24 to help add coverage to its Automatic Dependent Surveillance-Broadcast (ADS-B) network.

A man surnamed Li, who was labeled as a “photo enthusiast”, claimed during the interview that he was curious and was tempted by the above conditions to report to a volunteer and received relevant equipment.

“Until I detected a foreign military aircraft, I was surprised and dismantled the equipment because I thought it was involved in a “hidden danger of information leakage”.”

State agencies have gone after other aviation enthusiasts, temporarily seizing their tracking equipment under anti-espionage regulations, and sought to “educate” those accused about the risk apps like Flightradar24 pose to the Chinese intelligence operations. China Central Television reports the existence of at least 300 volunteer ADS-B stations scattered across mainland China.

It is unclear how the ban will impact the service’s ability to track activity, and if other tracking services like FlightAware may suffer a similar fate. We have reached out to Flightradar24 for a comment on the situation. As of publication time, there was still notable tracked activity surrounding China’s major airports.