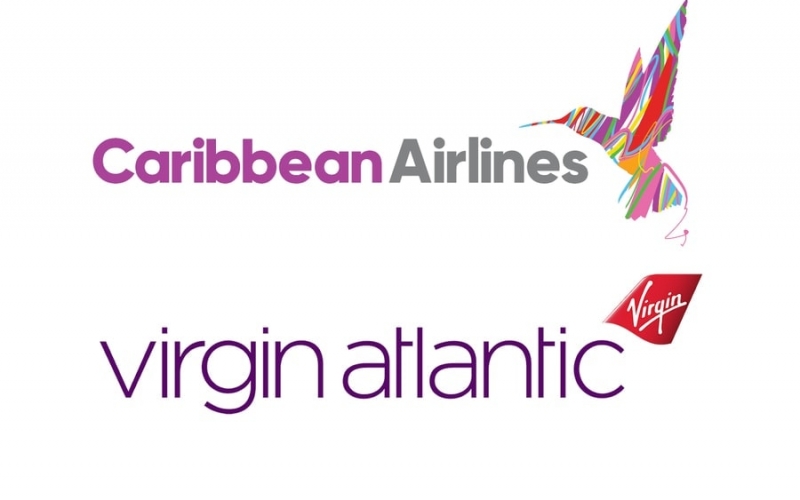 After a short stint between 2012-2016, Caribbean Airlines is once again attempting to establish a transatlantic connection to London.

Just five years after building a new airline from the ashes of BWIA, Caribbean Airlines launched service to London, UK in mid-2012 after taking on board two leased Boeing 767-300ERs which previously flew for LAN Airlines. Unfortunately they were forced to discontinue the route after suffering significant financial losses, and passed on their two widebodies to Air Canada Rouge.

Now that the airline’s new CEO Garvin Medera has managed to help the company turn a profit from 2018 into 2019, the company is aiming to expand its presence in the Caribbean and internationally. Even as Trinidad and Tobago’s borders remain closed due to the pandemic, the airline is still managing to expand its network within the rest of the English-speaking Caribbean, adding Dominica into the mix in September.

Caribbean has also been filling the void left by LIAT (which recently entered into administration), and based on the below teaser promo material, it’s clear that the airline is looking to develop a stronger presence in Barbados.

The road to London

It seems that the airline is taking a safer approach by partnering with Virgin Atlantic rather than trying to go it alone with its own heavy metal. On paper the idea makes sense as Caribbean could still focus its efforts on short and medium haul operations with its existing fleet of Boeing 737s and ATR 72s, while Virgin would benefit from more filled seats out of Barbados out of a destination they already serve, especially in a time when it needs to earn as much money as possible. 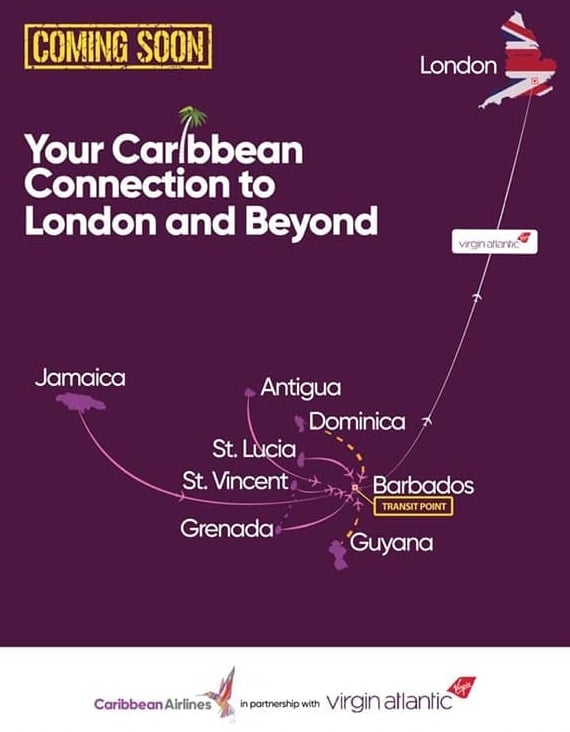 As this is just a teaser, more details will be provided at a later date.

But what about Trinidad and Tobago?

Until the country’s government relaxes border restrictions, TT nationals will be left out of the mix.

How does Virgin’s future look?

Like many other airlines globally, Virgin Atlantic is also suffering serious financial losses as a result of the decline in travel. In early August, they files for Chapter 15 bankruptcy protection in the United States. This type of filing allows U.S. based assets belonging to a foreign company to be protected while said company goes through a restructuring process in their home country.

Just a few days ago, Virgin finalized its refinancing plans with a combination of deferrals and cash injections amounting to £1.2 billion. This is good news for passengers as the rescue plan buys the airline a few more years to get its act together. For Caribbean Airlines passengers, it’s also unintended good news as Virgin shifts its operations entirely to London Heathrow after it announced that it will no longer fly out of Gatwick.

Unfortunately the restructuring process comes as a cost of many of the airlines’ workers being sent home. In the first instance, they targeted 3,150 employees for layoffs, but new reports indicate that a further 1,150 personnel will be on the breadline shortly. On top of that, their entire Boeing 747 fleet was retired in early May.

Virgin’s long term survival now rests on a balance of running lean operations, tight cash management, and on the hopes that travel restrictions and quarantines are relaxed on most of its transatlantic routes.