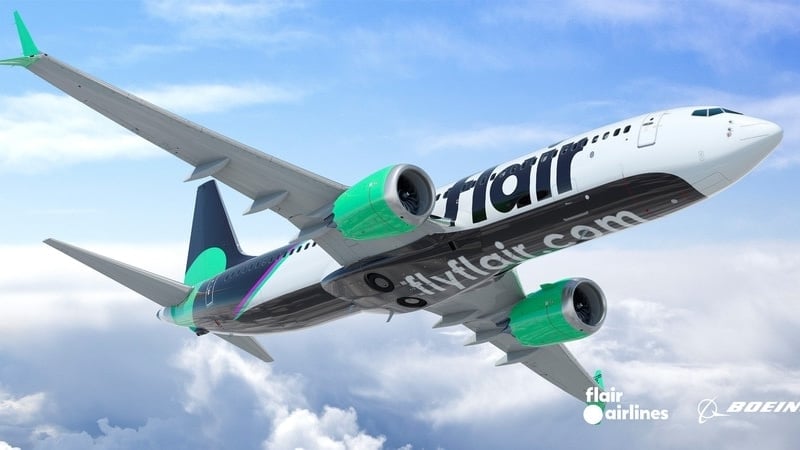 Edmonton-based low-cost carrier Flair Airlines has announced that the airline will be acquiring 13 Boeing 737 MAX 8s to support its expansion model. In a release, the LCC which currently operates 3 Boeing 737-800s is on an aggressive path to bring low cost travel to many parts of Canada.

Flair will lease 13 737 MAX 8s from financing partner 777 Partners, and plans to take delivery of its first MAX in early 2021. The first 13 are part of 777 Partners’ order of 24 MAXs, with an option for purchase of an additional 60 737-8 aircraft. This agreement will make Flair the 4th Canadian airline to operate the 737 MAX besides Air Canada, WestJet and Sunwing.

“Canadians have been paying too much for too long. We must do our part to ensure afford able air travel is available to all Canadians across Canada if travel and tourism are to re turn this year,” says Stephen Jones, President & CEO of Flair Airlines. “Our efficient new aircraft will provide us the foundation to execute our ULCC business model . These planes will enable us to keep fares low while expanding our service to meet travel demand. As a ULCC, we have an extraordinary impact on the lives of Canadians and the communities in which they live by making travel across the country afford able and accessible.”

The MAX 8s will be fitted with 189 seats in a 3-3 configuration, similar to other low-cost carriers such as Norwegian and Swoop. They hope that the 14% fuel savings and carbon emissions reduction can help them maintain lowered prices for those traveling between smaller destinations across the North American country. 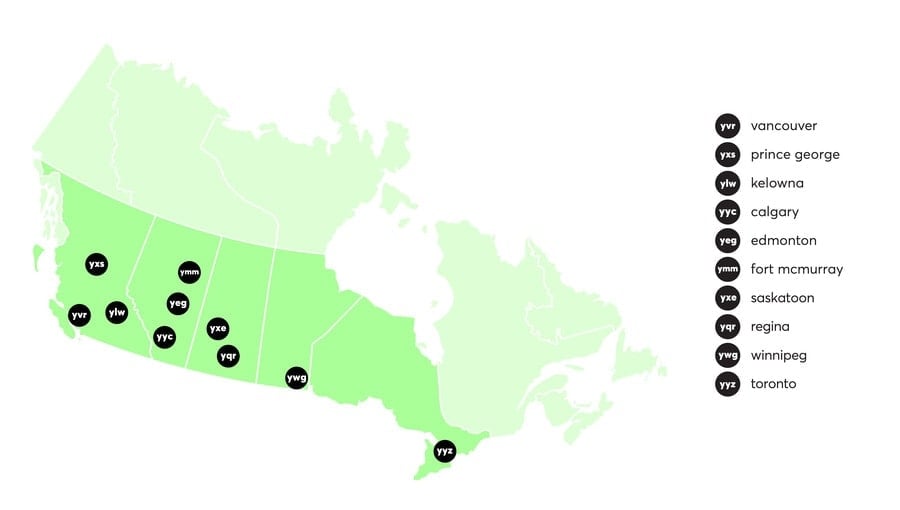 At the moment, the airline flies between 10 destinations, but is taking a similar approach to Ryanair by actively seeking out smaller destinations and working with local town officials to establish routes currently not serviced by other Canadian competitors.

Who is Flair Airlines?

I admit, before this announcement, I did not know who Flair Airlines was. The airline was actually an evolution of Flair Air which was founded in 2005. They started passenger and freight flights with 2 Boeing 727-200s in 2005, initially operating cargo flights between Canada and Cuba on behalf of Cubana.

In 2007 they shifted focus to provide service for workers traveling to various mines and construction sites across Canada, and eventually went on to provide more low-cost services swapping their 727s for 737-400s in 2009 into 2010.

In 2017, they purchased booking partner NewLeaf, and rebranded itself as Flair Airlines. In 2018 they introduced a new livery, featuring a combination of blue and red/purple as seen below. 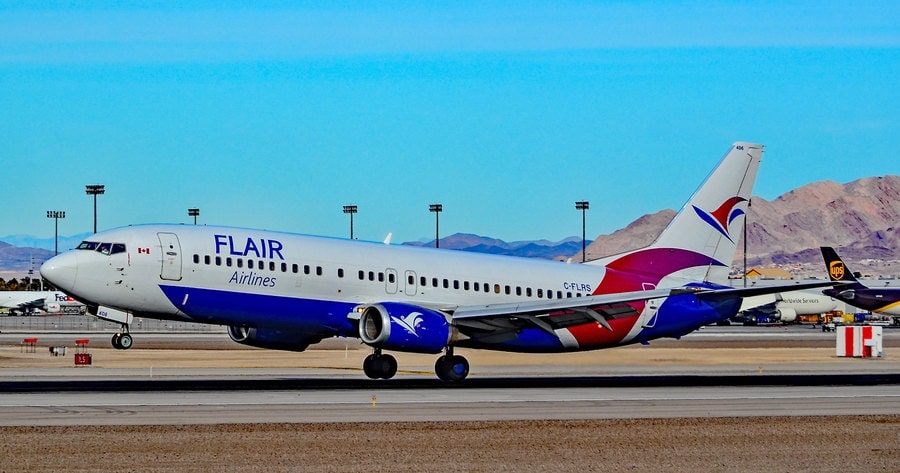 In 2019, the airline introduced a radical new brand design, switching to an acid green and black combination pictured below. 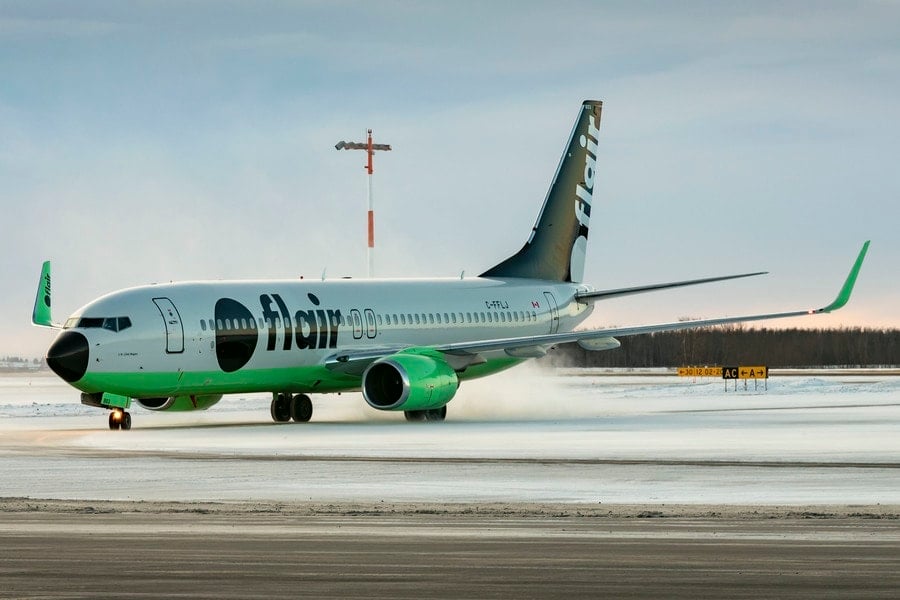