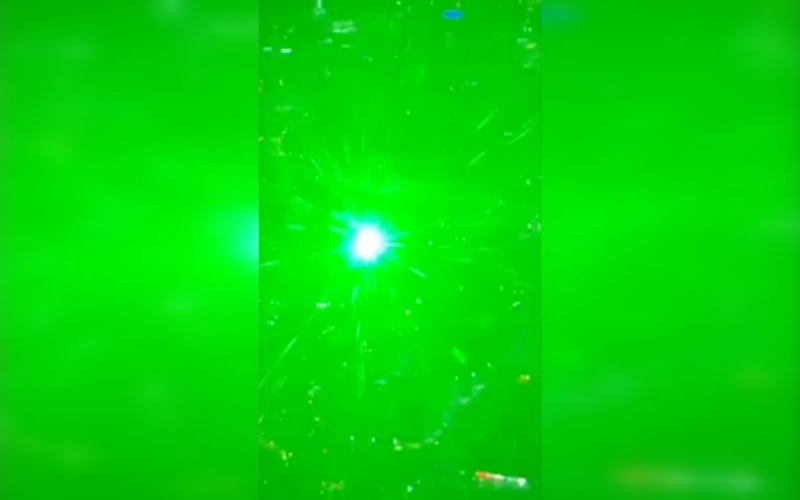 The year is 2020 and people are still being irresponsible by pointing lasers at aircraft.

Canadian based medical air transport company Ornge recently issued a statement about an incident where someone pointed a laser at one of its crews while they were completing a flight.

On February 15, 2020, an Ornge aircraft was returning to its Toronto base at Billy Bishop Toronto City Airport after completing a mission to  The Hospital for Sick Children, when the crew was struck by someone pointing a green laser at them.

On February 15, 2020 at approximately 8:50 p.m., an Ornge aircraft was struck by a green laser in the area of Richmond and Sherbourne Street in the downtown Toronto area. The aircraft was on route back to base at Billy Bishop Airport after completing a call to The Hospital for Sick Children in Toronto. The aircraft returned to base without further incident. A report was filed with Toronto Police for investigation as well as a Directed Bright Light Illumination Report with Transport Canada.

As a result of the strike, an Ornge pilot and paramedic sustained an eye injury and required evaluation from a physician at a local Toronto hospital.

The crew members were able to capture the incident on video, showing how lasers can easily temporarily blind pilots when variables like distance and refraction are factored in. The pilot was able to safely bring the aircraft back to base, but both crew members had to be medically examined.

Ornge is asking for the public’s assistance in finding the perpetrators, advising that anyone with information contact the Toronto police and Transport Canada. They also reminded readers that those caught intentionally pointing lasers at aircraft can face a penalty up to CAD$100,000.00 and/or up to 5 years in prison.