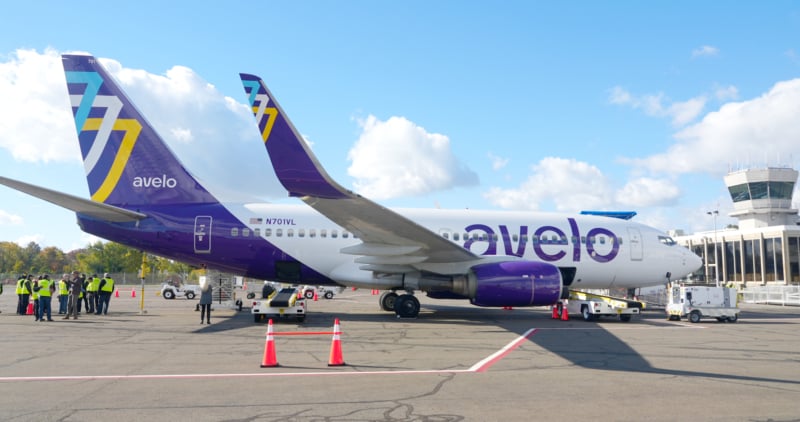 Avelo Airlines is cooking up a storm, adding yet another batch of new routes to both its east and west hubs.

Things are getting busy in New Haven (HVN). In mid-February, Avelo announced the addition of Myrtle Beach (MYR), Charleston (CHS), Savannah/Hilton Head (SAV) and Nashville (BNA) to its east coast network. Just three weeks later, New Haven will see more cities being added to its hub, this time to Baltimore-Washington (BWI), Raleigh-Durham (RDU) and Chicago-Midway (MDW). The first four destinations are expected to begin at the start of May, while the remaining three will commence at the end of the same month.

Avelo Airlines Chairman and CEO Andrew Levy said, “The 100,000-Customer milestone we achieved in four short months exemplifies the enormous amount of travel Avelo is inspiring in Connecticut. It’s abundantly clear that Tweed’s unmatched convenience is making travel easier, smoother and more affordable than ever before. We believe these three new destinations will be a big hit with leisure and business travelers alike. This milestone and the many more to come wouldn’t be possible without the professionalism and teamwork of Avelo’s exceptional 100 HVN-based crew members and their commitment to this community.”

The new additions brings its east coast city count up to 13, with most of its operations spanning along the southern east coast. The additional three routes mentioned open quite a few possibilities for business travelers looking to fly to the big inner cities at a low cost. As with any of Avelo’s routes, price comes first with introductory one-way fares ranging from $49-69 depending on where you fly to. Avelo operates Boeing 737-700s out of its Tweed New Haven base, each carrying 147 passengers in an all economy layout. 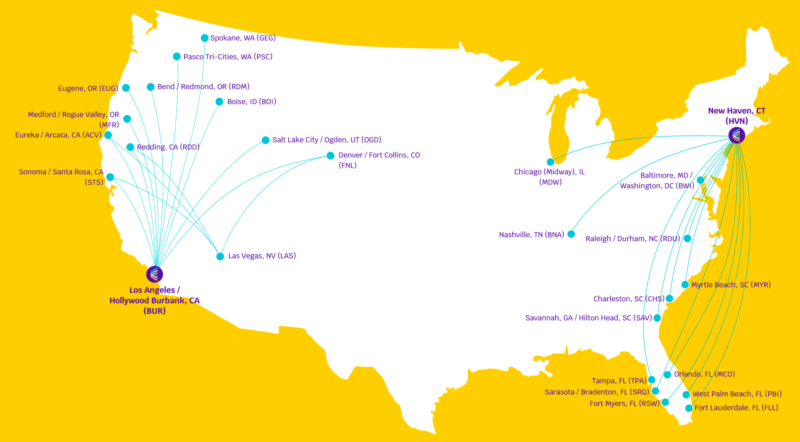 Avelo Airlines current and planned routes as at March 2022

Avelo adds Boise and Spokane to its Burbank hub

The airline’s west coast operations will also see two new routes being added out of Burbank (BUR), this time to Boise (BOI) and Spokane (GEG). These two routes which will also go live in late May and will expand Avelo’s Burbank route network to 11 destinations. By the end of May, Avelo will serve 27 destinations nationwide.

“We are excited to add Boise and Spokane to our portfolio of beautiful and popular Western U.S. destinations,” said Avelo Chairman and CEO Andrew Levy. “Just in time for the start of summer, traveling between Southern California and the Inland Northwest has never been easier or more affordable. The convenience and simplicity of traveling through BUR makes getting where you want to go faster and smoother than you ever imagined.”

Burbank flights are operated with larger Boeing 737-800s with 189 seats in an all economy layout. Prices to these two new destinations range from $59 to 69 depending on your city of choice.