Air Canada has announced an order of 26 Airbus A321neo extra-long range (XLR) aircraft, along with an addition 14 options.

The new A321XLR aircraft will be used on major North American and select transatlantic routes, and will accommodate up to 182 passengers, with 14 up in front in Air Canada’s lie-flat Signature Class seats, and 168 seats in economy. Passengers will benefit from the usual offerings including WiFi, in seat entertainment, charging ports and other features. It’s not clear yet what type of business class seats will be used, but considering that they are lie-flat, it sounds like economy seat pitch may be just as tight like on their MAX 8s.

With a maximum operating time of 11 hours across 8,700km/5,400 miles, the airline predicts that it can easily offer non-stop service to any North American destination pending approval from Transport Canada. The order has been split, with 20 being leased between Air Lease Corporation and AerCap, while the remaining six will be purchased directly from Airbus, with purchase rights to acquire an additional 14 of the aircraft type between 2027 and 2030. 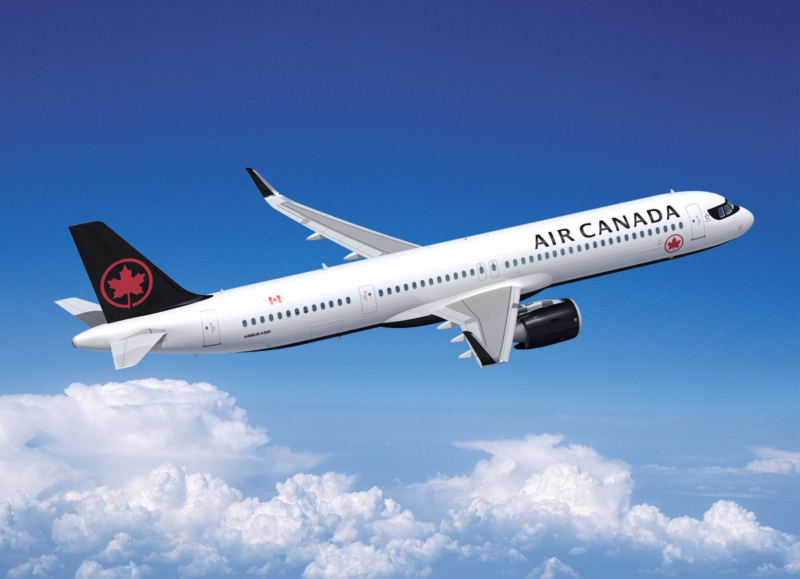 “Air Canada is committed to further strengthen its market-leading position, especially through investments in new technology. The acquisition of the state-of-the-art Airbus A321XLR is an important element of this strategy and will drive our core priorities of elevating the customer experience, advancing our environmental goals, network expansion and increasing our overall cost efficiency. This order also shows that Air Canada is emerging strongly from the pandemic and is ideally positioned to grow, compete and thrive in a reshaped global aviation industry,” said Michael Rousseau, President and Chief Executive Officer of Air Canada.