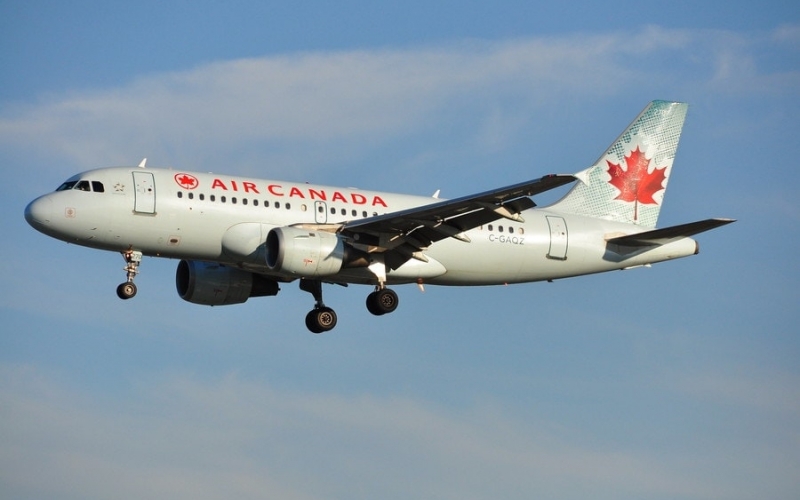 Passengers on board an Air Canada flight from New York’s LaGuardia were in for a surprise when they found out that one of the wheels on their aircraft fell off during flight.

On February 18, 2020, an Air Canada Airbus A319-100 (similar to the one pictured above) was performing flight AC715 from LaGuardia (LGA), New York destined to Toronto Pearson (YYZ) in Ontario. The aircraft pushed back at 2:32 p.m. and departed shortly after.

However, as the crew started its approach into Toronto, they discovered a problem with one of the wheels on their main gear and later declared an emergency. It turns out that the aircraft lost the right side wheel on the right main gear, but as the crew members were not aware of how significant the problem was, they asked air traffic control to perform an inspection fly-by along runway 24L.

Ground officials were able to confirm that the wheel was indeed missing, and noted that the left side wheel was still in place even though they could not say for sure whether the tire was properly inflated or not.

According to the Toronto Sun, the pilots positioned themselves for an emergency landing on runway 23 and passengers were advised to assume the brace position moments before touch down.

The aircraft touched down at 3:55 p.m local time and the crew was able to bring the jet to a stop on the runway where they were met by emergency personnel.

None of the 120 passengers and 5 crew members were injured, but they all had an interesting story to go home with.

Aviation Journalist Tom Podolec was able to provide a video of the aircraft touching down at Pearson.

Thankful to be on the ground safe and sound! My thanks to the captain and crew for their excellent work and communications. Well done https://t.co/1VCFwadFnX pic.twitter.com/meVTB8bDDB

Air Canada provided a statement to CTV, saying that the “pilot declared an emergency to ensure the aircraft had priority for landing when it arrived in Toronto.” They also stated that they are still in search of the missing wheel.

The A319-100 in question is registered C-GAQL and was delivered to Air Canada in October 1997.

This incident comes just over a month after an Air Canada Express Dash 8-300 (flight AC8684) lost a wheel after taking off from Montreal (YUL) on its way to Saguenay (YBG) on January 3, 2020.

On February 3, 2020, another Air Canada flight suffered a tire related issue while leaving Spain. Flight AC 837 (operated by Boeing 767-300ER) was taking off from Madrid (MAD) on its way to Toronto (YYZ) when tread from the left main gear separated. As some of the debris had entered the left engine, the crew subsequently shut it down as a safety measure and spent several hours circling Madrid in an effort to burn off enough fuel to perform a safe landing.