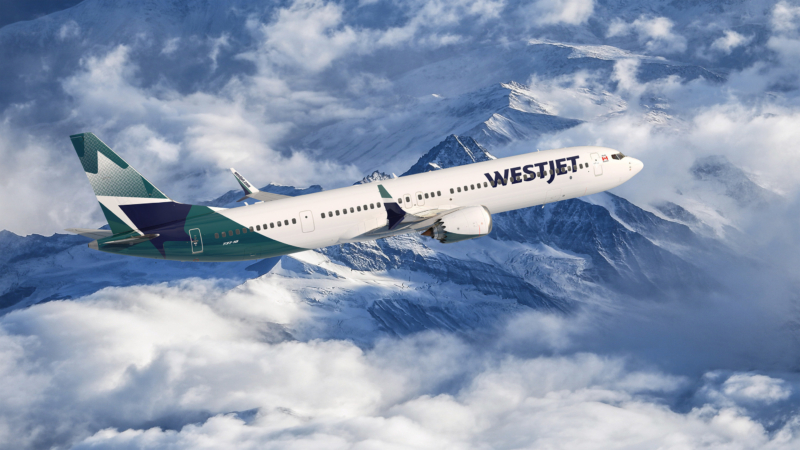 WestJet has announced an agreement with Boeing to purchase 42 addition Boeing 737 MAX 10s, along with 22 options, bringing its firm orders for MAX 10s up to 65. The addition order extends their fleet growth plan to 2028.

“With this additional order, the WestJet Group will accept delivery of no fewer than 65 aircraft in the next six years, at least 50 will be 737-10 aircraft, furthering our commitment to affordable travel options for Canadians and jobs for our company and the aerospace industry,” said WestJet Group Chief Executive Officer Alexis von Hoensbroech.

“WestJet’s expansion plans are rooted in an enhanced presence in Western Canada and a growth strategy in eastern Canadian communities through increased transcontinental flights and more direct routes to sun and leisure destinations. This will be further strengthened once our Sunwing transaction has been approved.”

At the moment, the airline operates 18 737 MAX 8s, with 26 still to be delivered, bringing the total to 44. They also have an addition 22 MAX 7s on the order books. The MAX 10 which has a theoretical seating capacity of up to 230 passengers, fits into WestJet’s network as it can cover 99% of its single-aisle routes, and brings significant fuel and carbon savings thanks to its redesigned engines.

According to the numbers, they could see 20% savings when compared to traditional Boeing 737 models. Their MAX 10s will most likely be deployed on many of its transatlantic routes, given the rise in single aisle aircraft operations across the pond.

WestJet is one of at least 20 customers awaiting delivery of MAX 10s given that the aircraft has yet to receive certification. Boeing is racing to drum up support and work through the certification process as quickly as possible, as a new rule change coming at the end of the year could derail the approval time line.

The Federal Aviation Administration (FAA) put in place new legislation, specifically the Aircraft Certification and Safety Accountability Act which requires new aircraft models to include a modern Engine Indicating and Crew Alerting System (EICAS). The new bill was passed following its findings from the Lion Air and Ethiopian MAX 8 crashes that claimed the lives of 346 people.

While Boeing’s other products feature newer crew alert systems, they decided not to include the new system in the MAX line as the aerospace manufacturer argued the present system is still sufficient, and would could tens of millions of dollars to integrate. It would also mean that MAX pilots would have to go through re-training to get acquainted with the new system.

At the current rate, Boeing expects that its approval may slip into early 2023, and is already seeking to have the MAX 10 exempted from the new act.