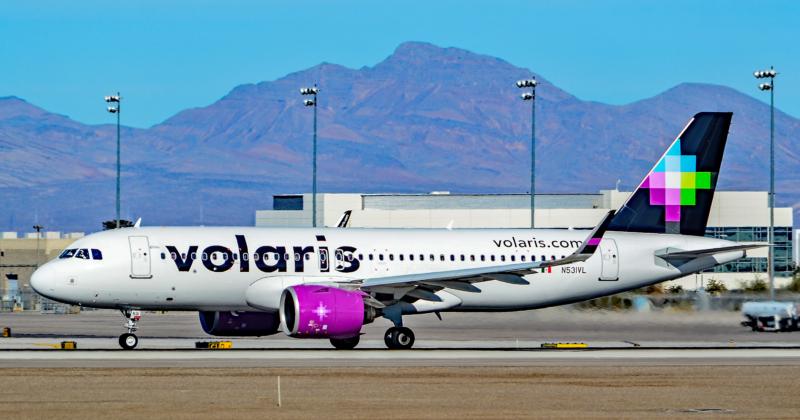 On May 7, 2022, a Volaris Costa Rica Airbus A320neo (registered N545VL) performing flight Q64069 from Mexico City (MEX), Mexico to Guatemala City (GUA), Guatemala was cleared by the tower air traffic controller to line up on runway 05L. Around 8:53 p.m. local time, the aircraft proceeded to enter the runway. Some minutes later, a parent company Volaris Airbus A320neo (registered XA-VRV) performing flight Y4799 from Mazatlan (MZT) to Mexico City which was already on final, was given clearance to land on the same runway while the Costa Rican Volaris aircraft had already positioned itself for departure.

Even after the pilots on board the Costa Rican Volaris aircraft reminded tower they they were holding on the runway, the controller still affirmed the landing clearance for the approaching aircraft. The crew of the arriving aircraft decided to go around after pilots from a third aircraft waiting in queue could be heard on the radio frequency expressing their concerned that they were cleared to land when the runway was occupied. 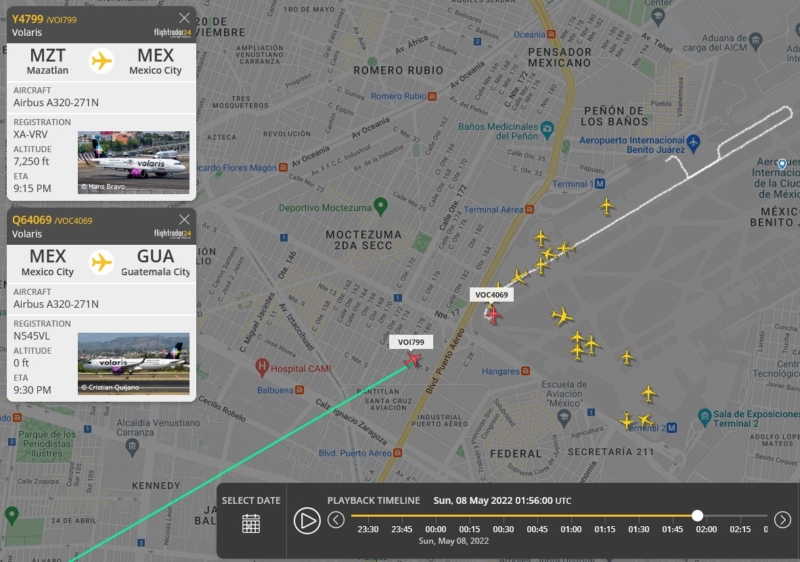 Flight Y4799 conducted a missed approach and landed safely on its second attempt while flight Q64069 departed safely bound for Guatemala City. A report has since been filed. Some speculate that the confusion could have come about due to a controller change which occurred around the time of the incident. Two different voices were heard when the Volaris aircraft was first cleared and after when they were given confirmation that the landing clearance was valid.

The incident is yet another in the string of recent lapses at the Benito Juarez International Airport. In a report by the AP, both pilots and airlines have expressed concerns about safety protocols at the airport given the sharp increase in incidents. In a letter from the International Air Transport Association (IATA) to the head of Mexican Airspace Navigation Services, the organization brought up concerns that air traffic controllers were not using correct phraseology, and had not been properly trained to deal with new routing procedures as a result of the opening of the Felipe Angeles International Airport in Zumpango.

In the last year, there were at least 17 incidents of ground proximity warning system alerts for planes approaching Mexico City’s Benito Juarez International Airport, according to a letter the International Air Transport Assn., which represents about 290 airlines, wrote this week to the head of Mexican Airspace Navigation Services, the government agency responsible for managing the airspace.

“As you know, these alarms, without the quick action of the flight crew, can lead to a scenario of controlled flight into terrain, CFIT, considered by the industry to be one of the highest risk indicators in operational safety, and with the highest accident rate, as well as fatalities,” the letter said.

“It would appear that with the opening of this newly converted airport, (air traffic control) has apparently received little training and support as to how to operate this new configuration in the airspace.”

The Felipe Angeles International Airport which is situated some 20+ miles north of Mexico City’s airport, previously served as a military airfield, and was converted for passenger use to ease operations at Benito Juarez International. The airport is intended to facilitate low cost and cargo carriers.