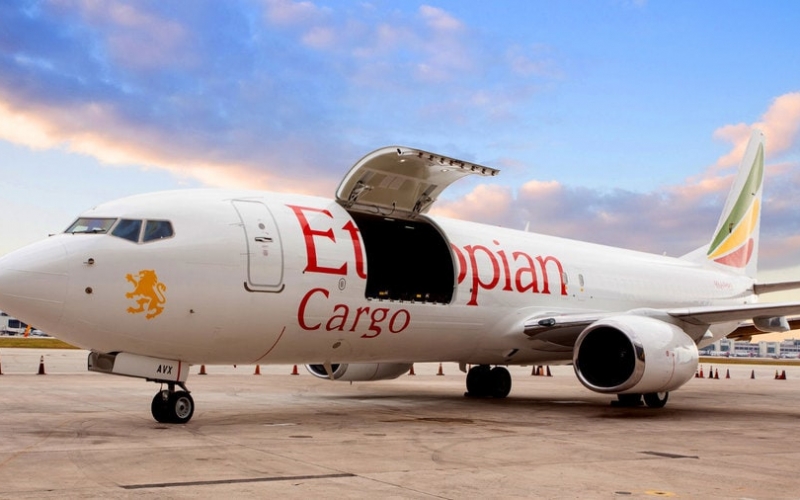 The pilots of an Ethiopian Airlines Cargo 737 flight headed to Ndola, Zambia landed at the wrong airport on Sunday.

Based on social media reports, ET3891 was performing a scheduled flight from Addis Ababa, Ethiopia (ADD), to Ndola, Zambia (NLA) using a recently delivered Boeing 737-800SF freighter registered ET-AYL. However, their flight path showed them veering off course, headed towards the Copperbelt International Airport, which is to the northwest of the Simon Mwansa Kapwepwe International Airport in Ndola.

The Copperbelt Airport which is still under construction, is a mere 16 kilometers (10 miles) away from the active airport which is closer to the city of Ndola.

While Ndola Airport has non-precision Non-directional beacon (NDB) and VHF omnidirectional range (VOR) approaches, it seems the pilots may have mistook the bigger (but incomplete) Copperbelt Airport for Ndola Airport. As the new airport has the same runway orientation as the old one, it could have given the pilots false re-assurance that they were headed to the correct field.

It’s surprising that the pilots failed to notice this when they were close to touchdown as both ends of runway at Copperbelt have Xs (indicating its closure), and there would not have been any visual aids such as the Precision approach path indicator (PAPI) lights to help guide them down the runway glide path.

One pilot from the social media comments said, “I was there in the hold number 2 to ET871 today and they also did a go around at about 50ft at the new runway, we tried to warn them that they were approaching the wrong runway but couldn’t get a call in.” 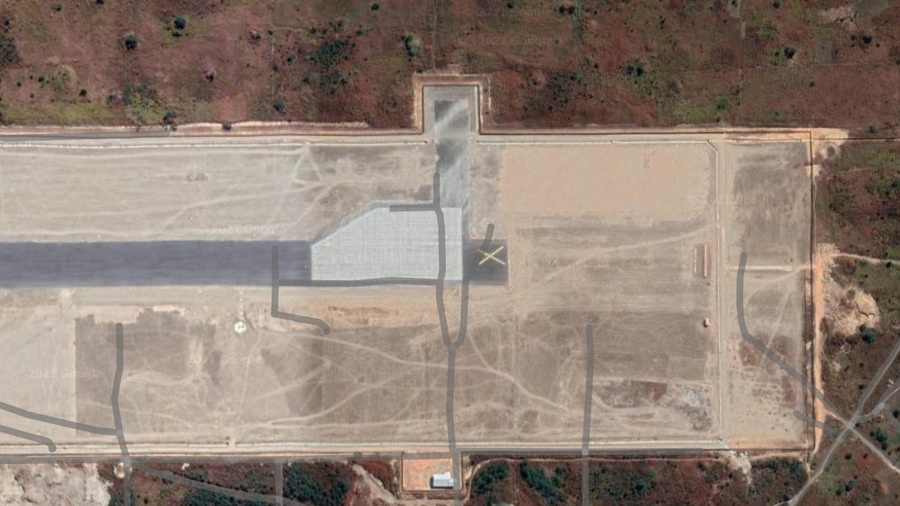 Two for one (almost)

One Mile At A Time reported that another Ethiopian Airlines (passenger) flight ET871 made a similar mistake earlier that morning. However, the crew members on board that flight were lucky as they realized their mistake about 50 feet before touch down, and performed a go-around instead. They entered a hold above the VOR at Ndola International to assess the situation, before successfully landing at the correct airport. 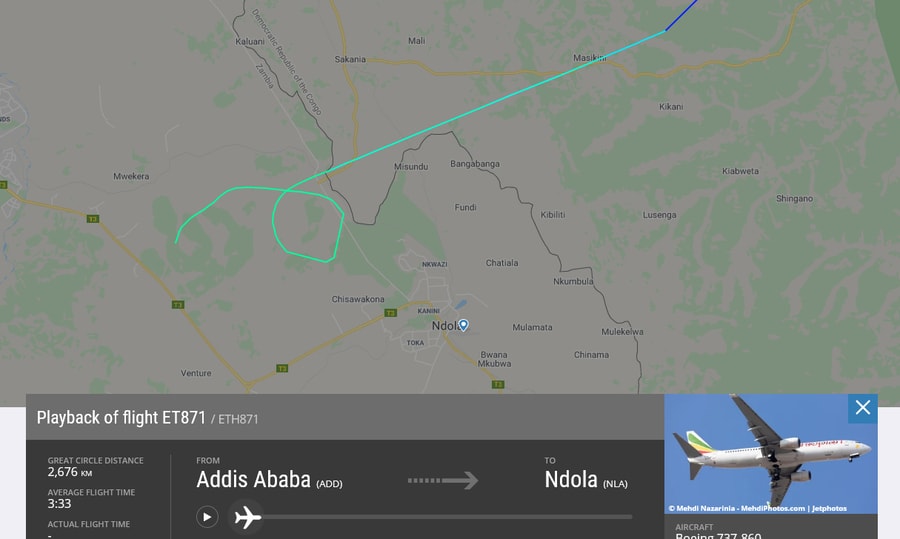 The fact that this mix up involved crews of two separate flights raises questions about whether there were issues with air traffic control and/or the navigational data on board.

This is not the first time pilots have landed at the wrong airports.

In July 2012, a C-17 Globemaster III destined for MacDill Air Force Base in Tampa, Florida, touched down at the much smaller Peter O. Knight Airport which is just 5 miles away. The pilots managed to bring the aircraft to a stop on the 3,500 foot long runway, with just 10 feet to spare. The high performance C-17 was able to take-off the same evening, making the very short hop to MacDill. An investigation later listed pilot error and fatigue as the cause of the incident.

In November 2013, an Atlas Air-operated Boeing 747 Dreamlifter was headed to McConnell Air Force Base to pick up Boeing 787 parts from the nearby Spirit AeroSystems facility. It instead accidentally landed at the Colonel James Jabara Airport which is about 9 miles away. The report indicates that the pilots previously found themselves too high when performing visual approaches and had a hard time picking out McConnell AFB, and opted to use an RNAV (GPS) approach. They also noted that the first officer’s primary flight display suffered intermittent issues earlier in the flight. At the start of the approach, the pilots saw the bright lights at Jabara Airport, and once again assumed they were too high, and ended going visual into the wrong airport.

In January 2014, Southwest flight WN4013 from Midway Aiport in Chicago, Illinois, destined for Branson Airport in Missouri, ended up landing at the smaller private M. Graham Clark Downtown Airport. The pilots of the Boeing 737-700 were able to safely land the aircraft, and all parties were shuttled to their intended destination. The aircraft was ferried to a Southwest facility the next day. The two airports are about 7 miles apart. The National Transportation Safety Board (NTSB) blamed the incident on pilot error, citing that the pilots failed to properly use navigational information and visual cues to correctly identify the airport. They also notes that air traffic control’s failure to notify the pilots of the proximity of both airports contributed to the mix up.

In all three cases, the airports were close by and had very similar runway headings. In all scenarios, the pilots also failed to cross check with the navigation data and other visual cues to ensure that they were landing at the correct airports. In some instances, contributing blame was put on air traffic control for giving early landing clearances and not alerting crew members of the close proximity of the respective fields.