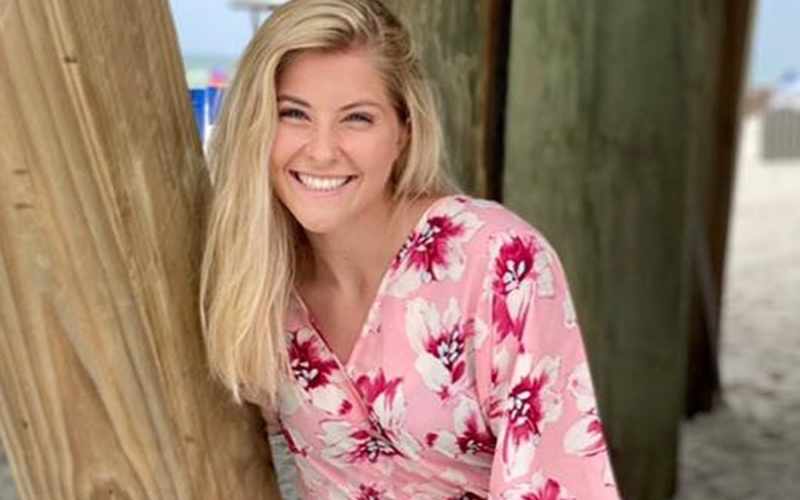 On November 27, Skylar Mack, an American pre-med student at Mercer University from Georgia, flew to the Cayman Islands and started her 14-day quarantine as per the country’s guidelines. Like all other incoming travelers to the island chain, she was transported to her place of stay and was required to wear a smart wristband which would alert authorities if she ventured beyond the perimeter of her “home”.

Unlike many countries, Cayman Islands authorities require that guests wear a smart wristband which communicates with an assigned mobile phone. The wristband alerts officials if it is taken off or if the wearer leaves the perimeter of their place of stay. The wristband trackers were implemented as it was much more cost effective than running state quarantine facilities, and travelers also have the option of a more comfortable place of stay (once they stay there for the 14 days).

According to the Cayman Compass, just two days into her quarantine, Mack took off her wristband to see her 24-year-old Caymanian boyfriend Vanjae Ramgeet compete in a professional jet-ski race. As the wristband was taken off, officials were alerted and Mack was a later arrested. Ramgeet was also taken into custody for aiding and abetting his girlfriend. Both were placed into state quarantine for 14 days. The report also went on to state that Mack had spent seven hours at the event, and had not practiced any social distancing measures while she was there.

After pleading guilty to their offenses, both Mack and Ramgeet were initially required to pay a $2,600 fine and serve 40 hours community service each. The case was later appealed by Director of Public Prosecutions Patrick Moran, and they were sentenced to four months in jail on December 15. Moran argued that the fines and community service was too lenient for the crimes committed by the couple.

However, the couple’s lawyer Jonathon Hughes appealed the case, and on December 22, the court reduced their sentence to two months. The court also ruled that once Mack leaves the country, she would be barred from re-entering during the COVID-19 border restriction period.

“She owns up to that, but she’s pretty hysterical right now.”

Mack’s attorney said he was thankful for the reduced sentence, given that the case initially could not have been appealed until April 2021.

“Of course, we’re happy with that. For Ms. Mack, in particular, difficult for her because she’s going back to Fairbanks Prison for another couple of weeks. But this is what the legal process is for.

“We understand the background of this case, what the Cayman Islands have been through and the seriousness of what Ms. Mack and Mr. Ramgeet did and have accepted doing. They’ve never tried to run away from this.”